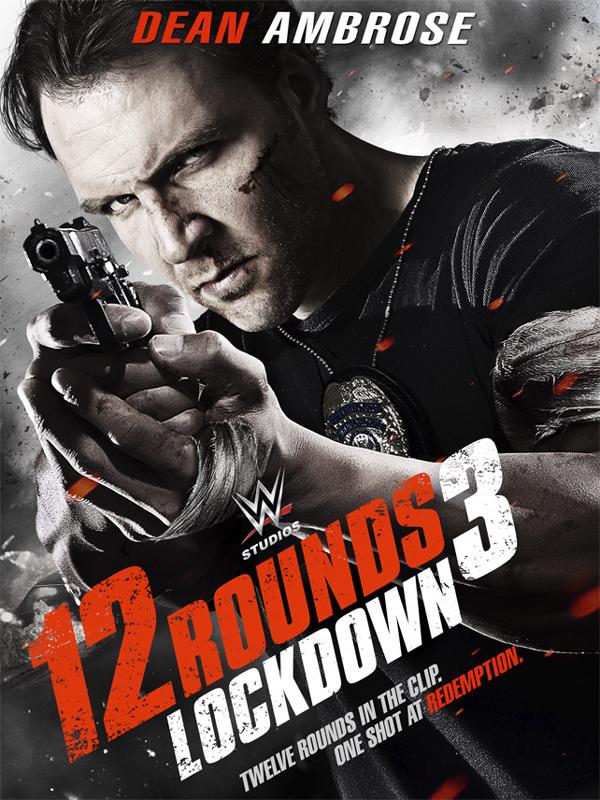 Part three of the ‘Action Six-Pack’ series, 12 Rounds: Lockdown, directed by Stephen Reynolds, takes a clever angle on the original use of ‘12 rounds’ from its predecessors.

Detective Shaw (Dean Ambrose), returning to work after the death of his partner, finds himself in the middle of a crooked cop’s business, carrying the only evidence to put him behind bars. Locked in his own precinct, Shaw must find his way out while avoiding the bad guys, all with only 12 rounds in his gun.

Working as the countdown to the climactic moment, we watch as Shaw uses each round in his gun, conveniently ignoring the fact that he’s in a precinct filled with guns and never taking the weapons of the crooked cops he defeats.

The movie is filled with classic action elements; the ‘shut off the elevator and climb out’ scene, the ‘guns, lights out, angry men, corrupt cops, rookie stuck in the building’ package. That’s not to say that any of these are bad, as a matter of fact they make up our favourite action movies; this one in particular being reminiscent of Die Hard and Assault on Precinct Thirteen. The main character very much mirrors Bruce Willis with his skill and clever banter, but he adds a touch of realism to the fight scenes.

Even though there are some clichés, the movie has its unique aspects.For one thing, the penultimate moment has about three plot twists in the span of two minutes. Altogether satisfying, 12 Rounds leaves us wanting more, eagerly awaiting the successors in the ‘Action Six-Pack’.