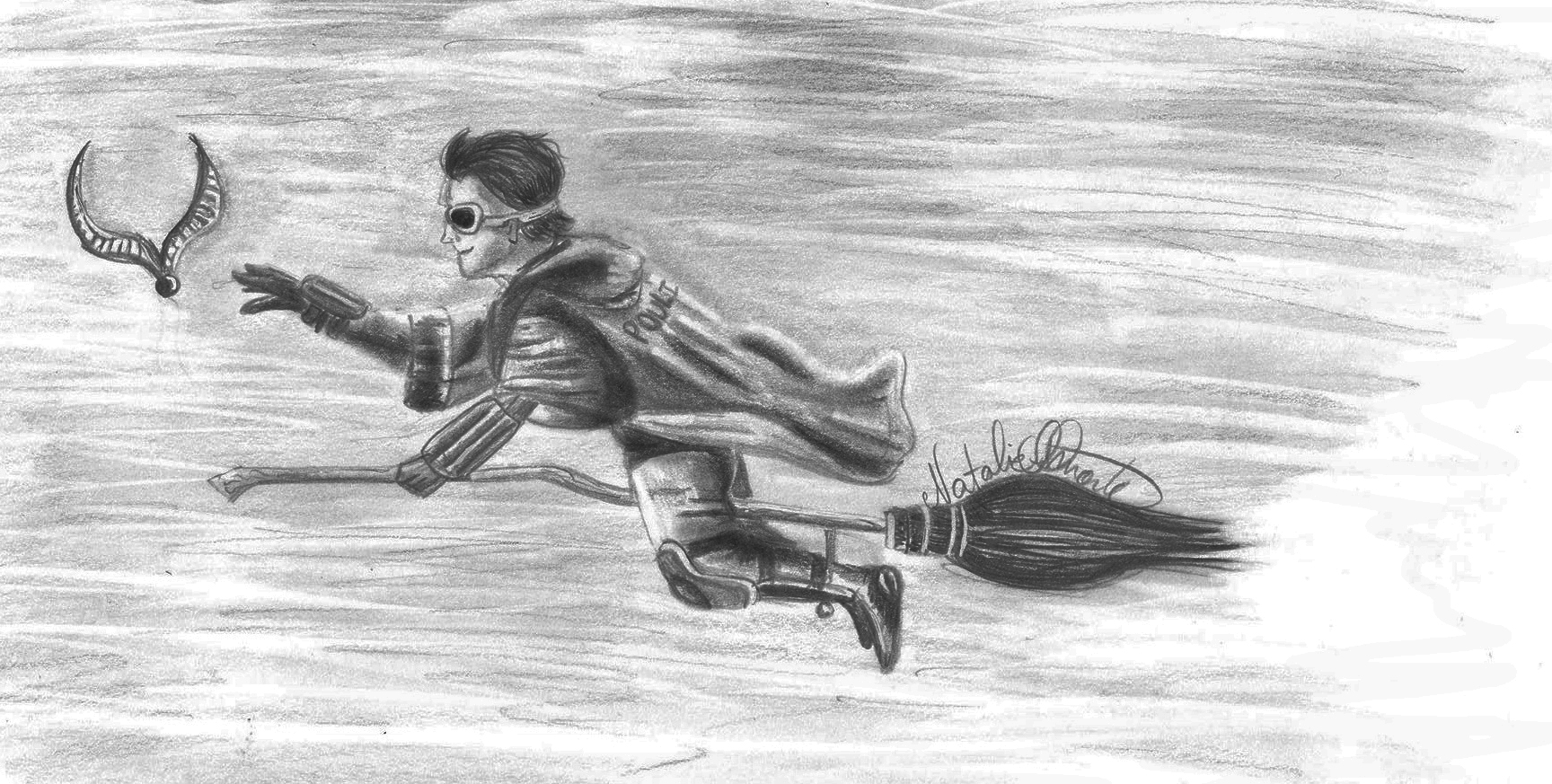 Of the 64 teams that qualify for the Quidditch World Cup (QWC), only one can prevail. This year it was Brazil, but Canada took the magic world by surprise. Canada, who has failed to qualify to the QWC since 1995 and ranked 64th, would have to play the undefeated Bulgarians in the first round. Led by Vladimir Krum (son of the legendary Victor Krum), the Bulgarians should have easily bypassed the Canadians but it was the Canadian seeker, Jean-Francois Poulin, who caught the Golden Snitch in 7 minutes to win the game for Canada 150-40. The Bulgarian chasers were all over the Canadians scoring 4 quick goals past Canadian keeper Sam Gibson. The Canadians would advance to the next round to take on the 2nd seed, Spain.

Spain had defeated Ghana 240-20 prior to their game against the Canadians. This game was the most exciting to watch since it was a goalscorers delight. After just a half hour, the score was 110-60 for Spain. As the rain started falling, we knew we’d be in for a long one. 2 hours later, the weather finally cleared and Spain had extended their lead 270-130. As the Spanish chasers advanced on Gibson, it was once again Poulin who would rise up to be a hero, catching the Snitch and winning the game 280-270.

Canada advanced to the Sweet 16 for the first time ever and they would go on to play the 4th seed, France. Once again Poulin would go down as the hero of the game breaking the QWC record and catching the Snitch only 47 seconds into the game. Even Harry Potter commented on the success of the Canadians stating that “They are succeeding even with the odds completely stacked against them. Poulin will be signing with a Major League Quidditch club as soon as the tournament is over! That kid has incredible talent!” (Source: The Daily Prophet). Canada would not have to play their next game as American seeker Lance Armstrong was found guilty of doping charges, and the Americans were disqualified. Armstrong was stripped of all QWC metals.

Somehow, with all the odds stacked against them, Canada had made the Final 4 alongside England, Brazil and China. Canada would play England, the highest scoring team in the QWC. England was also credited with the best defence shutting out France in the Elite 8 and Uganda in the Round of 64. Canada came out strong matching England’s intensity and after the first hour, the game was close at 80-50 for England. Within 15 minutes, Poulin caught sight of the Snitch and made a dive at it. English Seeker, Carmella Kaydence reacted just a second too late as Poulin grabbed the Snitch. With the game over, English beater Dale Hunter, shot a Bludger at Poulin, hitting him straight in the head. Poulin would not be able to play in the Final against Brazil.

Without their All-star, Canada lost in the Final 370-50 against Brazil, but have shown us that Canada can one day be an elite powerhouse and QWC contender! Poulin has begun recovery and is making good progress.