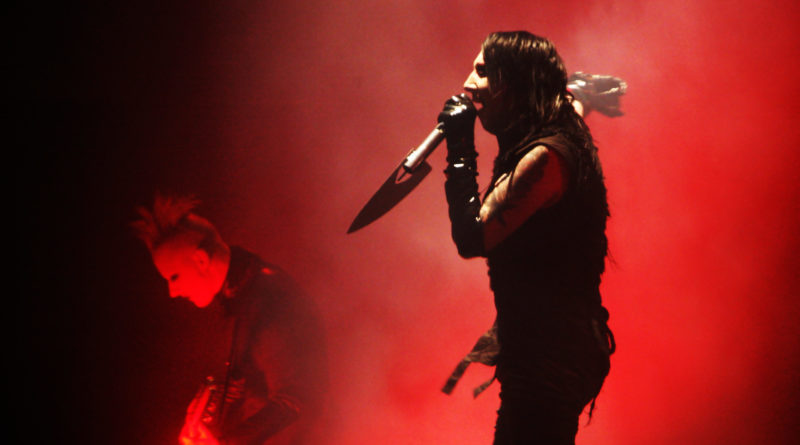 Punks Unite! ‘77 Fest has come and gone. This marked the 2nd installment and I must say, it couldn’t have gone better. Punk music has been strongly rooted in Montreal for over 40 years, and it is stll going strong. This festival helps to solidify that.
This year’s installment brought forth some extremely talented acts, such as the local Montreal up and coming band P*ssy Stench, who continues to impress me with each performance I see. My other highlights of the festival included Iron Chic, Anti Flag, The Planet Smashers, L7, AFI, Suicidal Tendencies and the headlining band Rise Against. All of these bands put on incredible performances, and I would see any of these bands perform again in a heartbeat.
For such a young festival, the organizers did an excellent job with everything. The acts went into each other seamlessly, with absolutely no complications whatsoever.

One of my favorite things about punk festivals are the attendees themselves. Punks, despite looking tough and hardcore, have some of the biggest hearts I’ve ever seen. Everybody was very encouraging and supportive of each other. If somebody fell during one of the mosh pits, they were quick to be picked up and ensured that people were ok.

The very same weekend marked the return of Heavy Montreal, and they really came back in style. Having both 77 Fest and Heavy Montreal on the same weekend was a very smart idea. Not only can you separate the genres, but you can also bring a larger audience as well, especially with the inclusion of a bundle pass. My highlights of Heavy Montreal were Rob Zombie, Marilyn Manson, Alestorm, Tech N9ne, Gloryhammer, Hollywood Undead, Pertubator and of course my all time favorite metal band Gojira.

I wonder how this joint festival layout will affect the organization of the festivals for years to come. I noticed throughout the years that Heavy Montreal was becoming less metal and more punk oriented, so having two seperate festivals was a great idea!

Overall I had an incredible weekend at both of these festivals. I strongly feel that there is a lot of potential to be had with these.