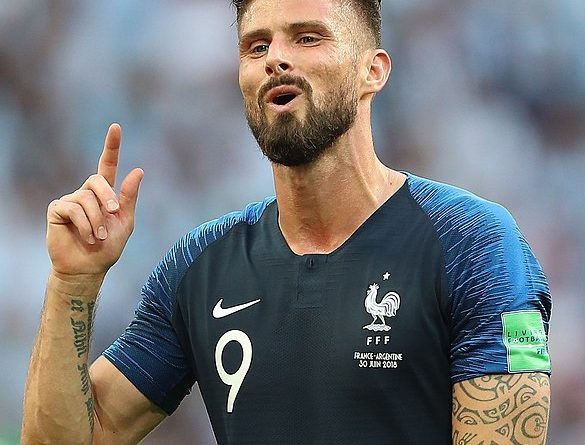 Here is your soccer news from the end of March!

French and Chelsea striker, Olivier Giroud, has broken yet another record by becoming one of the top three goal scorers for the French national team, netting 35 goals. Giroud has undergone a lot of criticism over the course of his career, being told he was too slow, sloppy and lacked a consistent finishing touch. France played twice during the previous week, in preparation for Euro 2020.

Giroud scored a goal in each game, boosting his ego and hopefully making his future appearances a positive experience.

Both Giroud and Deschamps, the French national team coach, have been criticized for playing Giroud as their number 9 while the list of young, and arguably better, potential French strikers grows longer. Giroud scoring and breaking records may show he deserves a place in this starting 11.

With Giroud being almost 33 years of age, his career soon coming to its end, he will forever be remembered. He has worked to engrave himself in the history of the sport.

Liverpool has been in a never-ending battle for the top of the table with Manchester City.

The game started with good offensive and defensive plays from both ends of the pitch; Alisson and Lloris made crucial saves to keep their team in it. Nearly fifteen minutes in, Roberto Firmino opened the scoring with a header from a great delivery by Robertson. The game stayed at a stalemate until the 68th minute, when Lucas Moura equalized and shattered Liverpool’s dreams. With their hopes of the title slowly escaping their grasp, Mohamed Salah scored to give Liverpool the lead in the 89th minute, resulting in serious backlash against Hugo Lloris, who was blamed for his mistake.

Wonder Goal from a Wonder Kid

Juventus had a very intense and crucial game against Empoli this Saturday. With their past accomplishments and comebacks in both Serie A and the Champions League, Juve were favourites to easily win the game.

Countless opportunities missed or saved, the Italian giants had a hard time finding the back of the net. The game appeared to be heading towards a disappointing 0-0 stalemate, until 19 year old Moise Kean scored in the 70th minute. The goal gave Juventus the lead and eventually the win.

Moise Kean also scored during his Italian national team debut, netting a goal against Finland, and another against Liechtenstein three days later. His knack for finding the back of the net is a very promising sign considering Italy have struggled to find a consistant goal-scorer.