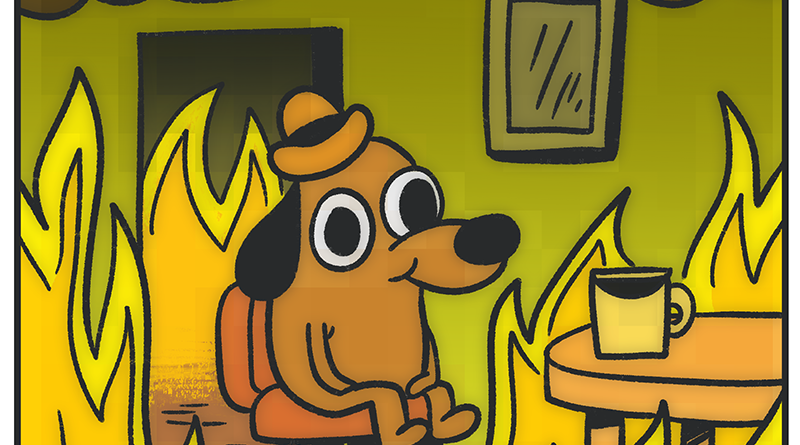 Being the news editor can be a pretty stressful job, to be honest. Every few weeks, I have to pick what stories need to be covered out of all the horrid events going on in the world. For example, in the region of Sahel, nearly 5 million children are in desperate need of help as violence rises. Yemen is still very much in conflict, so is Kashmir, as well as many other places that we the media doesn’t cover any more.

There’s a lot of chaos in the world and lately it seems like the chances of a happy ending are bleak. Remember 2010? Feels like it was just yesterday for me, and if we don’t radically alter our Western lifestyle and decrease carbon emissions in the next 10 years, it’s over for us.

In the meantime, increasing population density and globalization means that diseases like the coronavirus spread like wildfire.
Speaking of wildfire, Australia, California and the Amazon were all on fire very recently, though Australia has since developed a flooding problem.

Fascism is also on the rise, with more authoritarian governments rising all over the globe. Bolsonaro, Putin, Xi Jinping… the list goes on.

And yet, we’re still perfectly content over here in our “civilized” society, as thousands suffer in diamond mines so that we can pimp out our masks. It really feels hopeless sometimes.