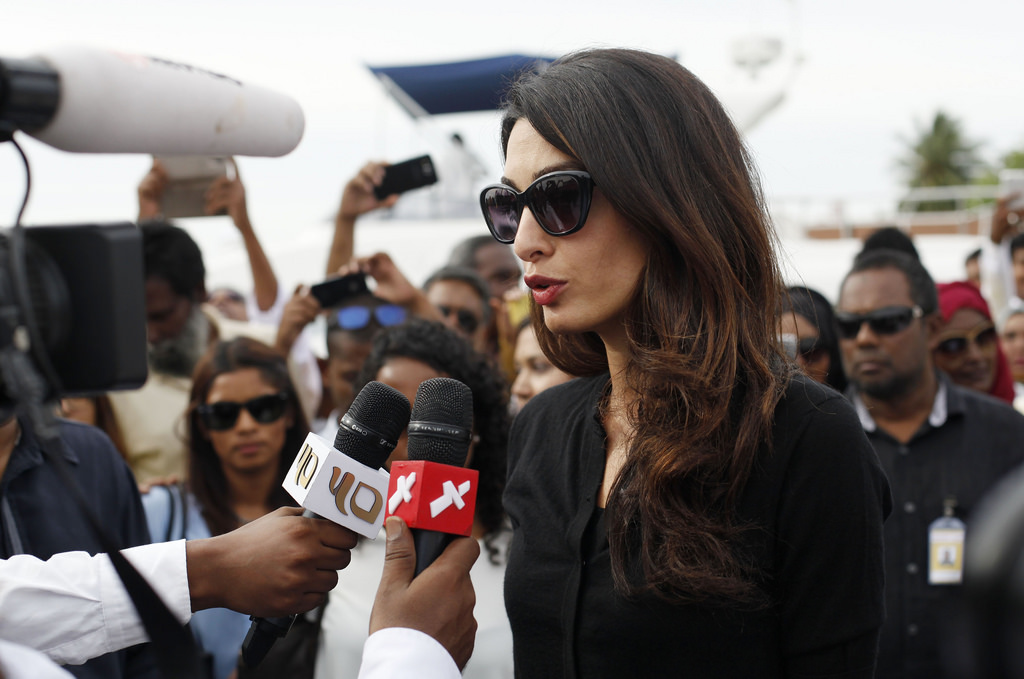 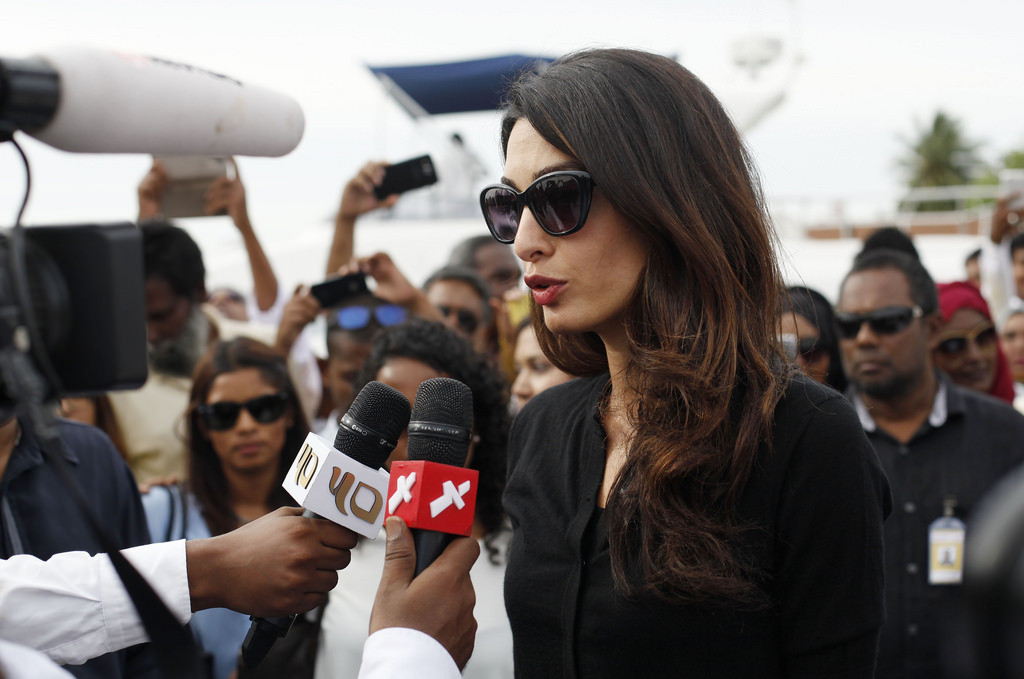 Amal Clooney (Amal Alamuddin) is a world famous lawyer whose focus is on international law and human rights. In 2014, she married George Clooney, also a world-famous character, who is renound for his acting career. It has been announced recently that the couple is expecting a child, which has been making headlines across the world every time Mrs. Clooney steps out of the house. However, the latest headlines on the topic have warranted lots of criticism and backlash.

Clooney recently gave a speech at the United Nations, reprimanding the organisation for not doing enough in their fight against ISIL and human trafficking. Mrs. Clooney represents a woman called Nadia Murad, who was once one of ISIL’s sex slaves and a victim of the Yazidi genocide in northern Iraq. While addressing members of the UN Council, she called the fight against impunity for atrocities: “Bringing Da’esh [ISIS] to Justice”. Meanwhile, reporters chose to focus their attention on her dress and baby bump. Headlines such as “Amal Clooney is a vision in yellow as she shows off hint of baby bump in chic dress” and “Amal Clooney shows off her baby bump at the United Nations” broke through shortly after her meeting on Thursday, March 9th.

Both men and women took to Twitter to express their anger over such headlines. While Clooney and Murad are fighting for the world to acknowledge the atrocities ISIL has committed and is still committing, the press chooses to focus their time and efforts on Amal’s outfits and baby bumps. To add even more fuel to the fire, these stories came just days after International Women’s Day on March 8th. On one day, we celebrated women and their positive impact on the world, and the next day, people decided to celebrate this strong woman for her ability to dress nicely while pregnant, rather than for her skill as a lawyer and empathy as a human rights advocate.

However, something good thing came out of these headlines. As people took to the internet to express their discontent and tell off these reporters, they also shone light on an issue that has not been discussed enough. Amal Clooney has been urging the United Nations to act and begin an investigation into ISIL’s actions for six months, with no results so far. As Clooney has been saying, we must hold people accountable, we cannot let the Islamic State “get away with genocide”.

Her client Murad has been quoted as saying: “We still find ourselves begging the United Nations to act – to stop ISIS – to hold ISIS accountable for all the horrific crimes committed. A fundamental goal for me is to fight impunity for crimes committed against all marginalized communities devastated by global terrorism”. Despite the press’ disappointing choice of words, good can still come out of these stories. By having people voice their opinion online, Clooney and Murad’s fight is getting more and more attention. Hopefully, with the help of the public and of social activism, we can stand by these women and hold ISIL accountable once and for all.