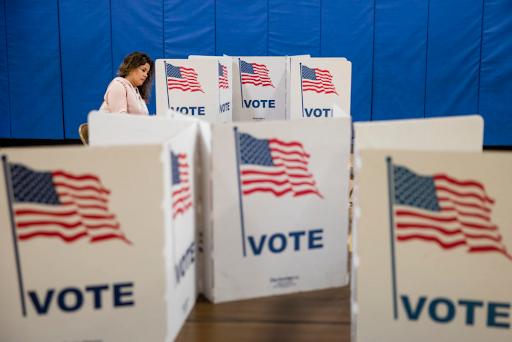 This upcoming November, U.S. citizens will head to the polls to vote for the man who will be their president for the next four years. 2020 has been one of the biggest challenges for many countries, and the United States has struggled a lot during the last few months, undergoing stock market plunges, reaching top numbers in outbreaks, people losing their jobs and homes, etc. Many Americans have grown exasperated with the way the current president, Donald J. Trump, is leading the country, leaving them with only one thing to do: to vote for who they believe is the right candidate to get them out from the entanglement of their country’s crisis.

This election cycle, on the Democrat’s side, Joe Biden (formally the vice president in 2009-2016) was elected to run for president. Biden then selected Senator Kamala Harris of California as his running mate.

Their key campaign issue is rebuilding the middle class: Biden is calling for transformational investments in America’s infrastructure. He plans to equip the American middle class to win in the global economy, reduce gas emissions to net-zero, and ensure that cities, towns, and rural areas in the country grow at similar rates. All this is predicted to cost $1.3 trillion, paid for by the country’s taxes.

This policy, aptly named Biden’s Clean Energy Revolution, is much like the Green New Deal. Its goal is to make the U.S. economy 100% clean energy-based with net-zero emission by 2050 and to target polluters with fees.

Donald Trump, the current President of the United States, has filed to run for re-election in November as the Republican party candidate. His running-mate is the current vice president, Mike Pence, the former governor of Indiana.

The Republican’s key issue is to focus on growing the economy and creating jobs for American citizens and to stifle immigration and impose stricter foreign policies. Trump described his platform as “America First”, making every decision on trade, taxes, immigration, and foreign affairs for the benefit of the workers and families of America. He wishes to protect the American borders from the “ravages of the other countries” copying U.S. products, stealing their companies, and destroying American jobs. Trump plans to end the ‘reliance’ on China and protect U.S. manufacturing, “build the wall” to curb immigration, end the Affordable Care Act, promote U.S. energy, and strengthen the second amendment if re-elected in 2020.

To win the election, a candidate must receive 270 solid electoral votes. As of last week, the 2nd of September, Joe Biden was sitting on 203 solid elector votes with 95 leading. Meanwhile, Trump had 80 solid, 39 leading, and 121 toss-ups. National polls are showing that Biden has a significant advantage. Many of Trump’s 2016 voters are switching from red to blue after disapproving of their president’s way of handling the pandemic as well as other dire issues.

That being said, even though the numbers look in favour of Biden, many predict this election will be in Trump’s hands. Fears of a rigged election are growing more and more as the date approaches November. After the president refused to fund the USPS and started removing mailboxes, his chances of a second term greatly increased. Will the next President of the United States win through what some call electoral fraud? Only time will tell.