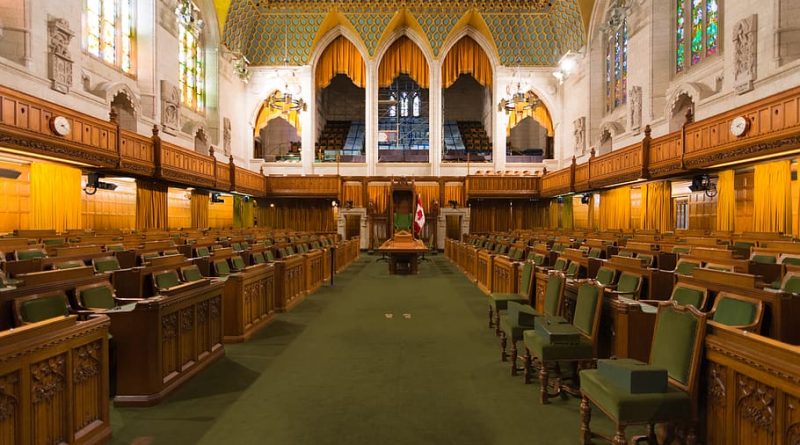 The House of Commons held its latest sitting on Wednesday, June 17th, during which an incident occurred that highlights the nature of systemic racism and the problems of dealing with it. During the sitting, the MP for Burnaby South and Leader of the NDP, Jagmeet Singh, put forward a motion proposing that:

“…the House recognize that there is systemic racism in the RCMP as several indigenous people have died at the hands of the RCMP in recent months, and call on the government to do the following: a) review the nearly $10 million per day RCMP budget and the Royal Canadian Mounted Police Act, increase non-police investments in nonviolent intervention, de-escalation, and mental health and addictions supports; b) ensure that the RCMP is truly accountable to the public; c) release all RCMP incidents of use-of-force reports and the associated settlement costs; and d) immediately launch a full review of the use of force by the RCMP, including reviewing the tactics and the training that is given to RCMP officers in dealing with the public” (43rd Parliament, 1st Session, (2020), House of Commons Debates: Official Report, Vol.149, No.040, https://www.ourcommons.ca/Content/House/431/Debates/040/HAN040-E.PDF#page=4).

In order for the motion to pass, it needed unanimous support from the House. Every MP voted in favour of the motion, except for the MP for La Prairie, Alain Therrien (BQ). This prompted Singh to call Therrien a “racist”. The Deputy Chair, Carol Hugues, called on Singh to apologize to Therrien for calling him racist. Singh refused and so was barred from speaking in the House. After consultation, the Speaker of the House, Anthony Rota, expelled Singh from the House for his refusal to apologize. In a later interview, Singh said he stood by his comment in the House.

According to the regulations of the House of Commons, it is forbidden to make “Remarks which question a Member’s integrity, honesty or character”, and such “proceedings of the House are based on a long-standing tradition of respect for the integrity of all Members. Thus, the use of offensive, provocative or threatening language in the House is strictly forbidden. Personal attacks, insults and obscenities are not in order. A direct charge or accusation against a Member may be made only by way of a substantive motion for which notice is required” (Bosc, M. & Gagnon, A., House of Commons Procedure and Practice, 3rd Edition, 2017, https://www.ourcommons.ca/About/ProcedureAndPractice3rdEdition/ch_13_3-e.html). One can definitely see the usefulness of having such regulations. It no doubt helps prevent childish bickering which is undoubtedly unprofessional and out of place in the House of Commons. However, the vague nature of these regulations also serve to reinforce a graver problem: systemic racism. The prohibition of the use of unparliamentary language also encompasses a ban on calling MPs, the House of Commons, the Senate or the Crown words such as “racist”, “sexist”, “homophobic”, etc.

Let us use the example of racism. You cannot call out the aforementioned government institutions or members thereof for being racist by encouraging, protecting and upholding racist practices or individuals. Not only is it prohibited to do so, but if you decide to stand by your statements like Jagmeet Singh did, then you are punished. You can be prohibited speaking or be asked to leave the House. You are effectively silenced and removed from the most important decision-making organ of our country if you call out its members, itself or other government institutions for the injustices they perpetuate! Thus, the system is made in such a way that it protects itself and its racist members. It’s not that the Speaker of the House or anyone else are necessarily personally racist… they are simply following the rules of the institution.

Moreover, how can you fix the problem if you are silenced and expelled the moment you name it? If you call the House of Commons racist, the Speaker can silence and kick you out if you do not retract your statements. You can only call out the problem outside of the House. Of course, you can put forth a formal motion, or bill, or independent inquiry, but they are all restricted in the time it takes to carry them out (we all know how long it takes the government to do anything), and the fact that it is put through the very institutions that are systemically racist (and will therefore seek to end such efforts). This is a prime example for how institutional racism works.

This ban on MPs’ ability to call out racism (or sexism, or homophobia… the list is long) in the very House that is supposed to represent ALL Canadians is unacceptable. Such a prohibition supports systemic racism, and should therefore be scrupulously reexamined and modified to end these practices that defend discrimination.

Originally Published on www.bandersnatch.ca as a standalone article on June 24th, 2020