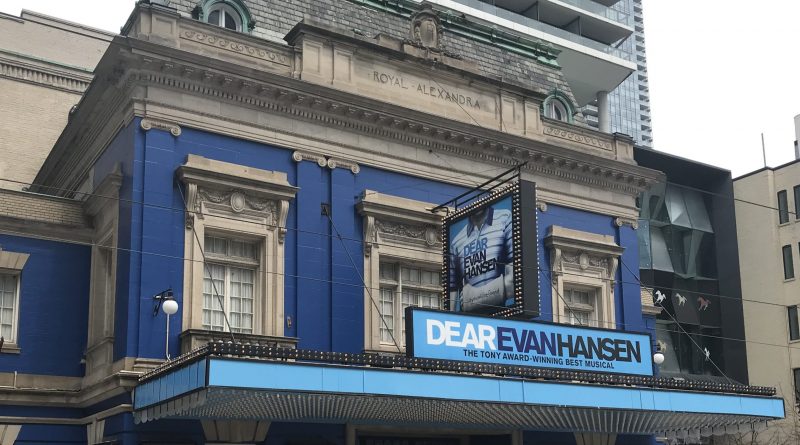 ***This article will contain spoilers.

Is Evan Hansen a good person? Any musical theatre fiend knows that this is a controversial topic. Evan Hansen is the principal character from Steven Levenson’s musical “Dear Evan Hansen”. This musical explores the inner turmoil of a socially anxious, depressed teenager. Everyone thinks he was friends with Connor, who just killed himself. This is because a few days before Connor killed himself, he stole a letter that Evan had written to himself as per prescribed by his therapist. When Connor killed himself, he still had the letter he stole from Evan in his pocket. Therefore, when his body was found, the letter was also found and it was assumed that it was a suicide note directed towards Evan. Evan does not want anyone to know that he writes letters to himself because of therapy, so he tells everyone they wrote secret emails to each other (hence the letter) and that they were friends.

This is where Evan’s image begins to be contorted. The fact that he lied to everyone and created fake emails from a dead person is the first red flag. As the story progresses, his lies begin to snowball and they become more grave. He then proceeds to get close with Connor’s family, telling them fake stories about Connor and then he kisses his sister Zoe on her dead brother’s bed. He also almost lets Connor’s parents pay for his college using their dead son’s money.

Overall, he takes it too far and it would have been much simpler to tell them from the get-go that the letter was an assignment from his therapist that Connor had stolen. However, this discussion stems deeper than what is on the surface. Evan was deeply depressed and socially anxious, though this doesn’t give him an excuse for his actions, it definitely had affected him. His social anxiousness impeded his decision making, and the only way to get out of the hole he had dug himself in was to create absolute chaos. What people lack to understand is his deep-rooted depression (which even caused him to attempt suicide) affects all of his thoughts and relationships. He is a victim of circumstance, as his father left when he was young and his mother is always working, no one was there to help him with his issues, and frankly, nobody noticed for a long time, not even him. Which again, is not an excuse but still does have some effect on his actions.

Though the actions he executed were manipulative and delusional, his intentions were not cruel. Primarily, his intentions were to hide his secret, but afterwards, he didn’t want to disappoint the people he had grown to care about. He even started to partially believe the lies he was telling, as he pushed the most important people in his life out of it for his “new family”. However, after all of that, he still came back and realized his mistakes. Not everything with this character is black and white, as media portrays most stories that deal with mental illness. Media often mocks those who are mentally ill by portraying them as crazy, unreliable and unrealistic. However, this musical is not black and white, it holds many layers which leads us to question what is the basis of an inherently good or bad person. Does a seventeen-year-old depressed, social anxious teenager hold all account for all his actions? Can he be forgiven?

Personally, I don’t believe that Evan Hansen is a bad person. Though he is problematic, this musical does a good job of showing the kind parts of him and gives us faith that our protagonist can turn around. Though the judgement is up to you, remember that he is a teenager doing the best that he knows how to.