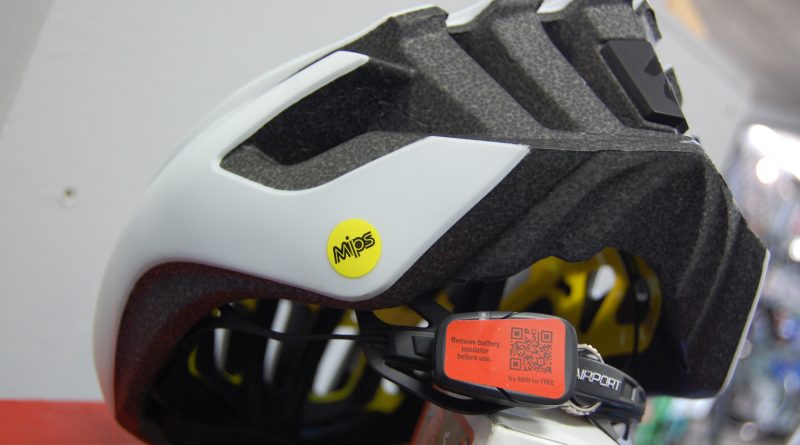 We have all crashed while riding a bike. Some of us were lucky. Others, not so much. An issue that has been plaguing cyclists for as long as there has been cycling is crashing and being seriously injured, and not being able to receive rapid medical support. A recent development in the world of cycling is the creation of the Angular G-force Indicator, or ANGi, safety system, developed by Specialized Bicycles.

At the moment, ANGi-equipped helmets are the only helmets that protect before, during and after an accident. ANGi is a sensor that records impact forces, both linear and rotational. In the event of a G-force reading caused by a direct blow to the helmet or even a fumble where the helmet doesn’t touch the ground, ANGi will send your latest GPS coordinates to an emergency contact of your choice 45 seconds after detection. In this case, they will receive a notification via text from Specialized, informing them that you crashed and that they should call emergency or ambulance services. In the event that you are outside of cellular or GPS signal, you can program the duration of your ride and the desired route. In the event of an accident, the notification will send your last known GPS location and the route you were on.

In the event that you accidently trigger the alarm, the system does come with a failsafe. If you accidently cause a G-force spike, by inadvertently dropping the ANGi unit for example, the user can easily override the safety call if they cancel the emergency countdown on the user’s phone, if it is done within 45 seconds of the impact being detected. Keep in mind that if you dropped your helmet, it should be replaced as soon as possible as the foam is only rated safe for one impact and will not be effective after that.

To set up the ANGi system, all you need to do is pair up the ANGi safety device, which can be added to any Specialized Bicycles helmet with your smartphone via the Specialized Ride app. All the latest models come with the ANGi mount, and can easily be added on.

Who is ANGi for? In short, ANGi is for any rider who goes out for a ride alone. Do you often ride on seldom traveled roads? Do you take your bike to ride to a friend’s house and have an overprotective mother? Are you paranoid that you might fall into a ditch and no one will notice? For these, and more situations, ANGi will be a good addition to your riding gear.

The ANGi system is a very useful safety device, but it works best when coupled with MIPS, which you can read about in the previous issue. If you are still questioning the worth of these systems, ask yourself this: do you value your head or do you want to be a vegetable for the rest of your life?