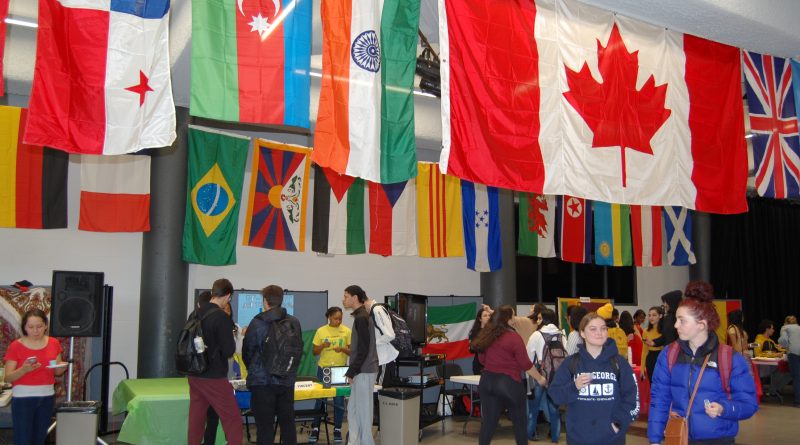 Last week, JAC students took part in a unique opportunity as they got the chance to show off their various cultures through a series of displays and performances.
On Monday, desserts from around the world, origami, Chinese calligraphy, Henna tattoos and a green screen photo booth were set up in the Agora as an introduction to different cultures.
On Tuesday, country booths were set up. Students from the Caribbean, Armenia, Romania, Sri Lanka, Mexico, Morocco, and many other nations took part in this amazing opportunity to introduce their cultural backgrounds. Throughout the rest of the day, a flag parade, a welcome ceremony and a Latin dance presentation also took place at JAC.
Following this, Wednesday opened with displays from Algeria, Lebanon, Pakistan, Syria, China, and Greece, among others. Several performances, including a belly dancing presentation, a fashion show, and a workshop by Andrea Montes brought the day’s events to a close.
Finally, Thursday presented us with Canadian classics such as beaver tails, cabane à sucre, a slap shot contest, a goalie equipment contest, and displays of famous Canadians. Later on, an Irish dance presentation and a cake cutting ceremony were the main precursors to the kin-ball game that wrapped up the week’s cultural events.
If you didn’t take part in this year’s displays, consider creating or joining your own booth for next year’s Multicultural Week!