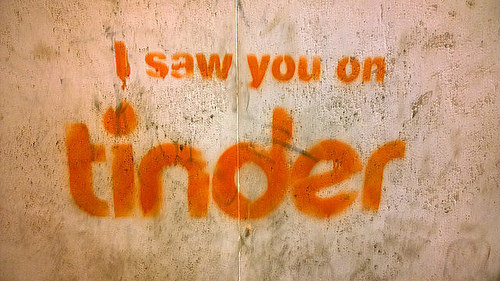 Vladimir Alkaev, a Russian astronaut who was in orbit two weeks ago, claims to have matched with an otherworldly being on Tinder.

“It’s so cold and lonely up here in space”, said Alkaev in a press conference. “I miss my home so much. I miss my girlfriend so much that I actually had to resort to Tinder just to see what’s out there. Surprisingly enough, there is signal up there! I would always get the message ‘There’s no one around you’, but then I saw her and I just felt warm inside.”

“No girl would ever make a Tinder profile without at least having a cheesy group photo”, said the astronaut, hinting that she wasn’t human. “She wasn’t pretty, but then again, she wasn’t grotesque either. She wasn’t your average, stereotypical green alien either. She was the type of girl you’d see at Starbucks and that’s what piqued my interest for her.”

The two chatted briefly before Alkaev lost service. He even claims that he had set up a date with her, but she flaked at the last minute, just like 99.99% of Tinder matches.

Unfortunately, not everyone believes that Alkaev has made a match on the dating app with an alien. The thought of an extraterrestrial having access to a smartphone renders them skeptical.

“Maybe I was catfished, but I don’t care what anyone says. I swiped right on an [expletive] alien and that’s all that matters”, said the astronaut.
Alkaev is currently under psychiatric care in Moscow.