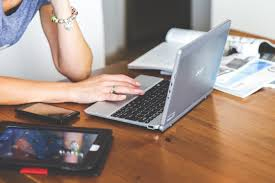 It is a generally accepted idea that it is best to take everything online with a grain of salt, regardless of whether it’s social media or movie reviews. However, recent advancements may, one day, make it so that we have a more reliable internet. A recent study by the University of Texas at San Antonio (UTSA), describes a new statistical method that detects when people are performing the practice known as “astroturfing.”

Astroturfing can be described as a single individual or organization posting comments online through the use of multiple accounts, which could be used to promote one’s own business or sabotage competitors. This, in effect, creates the illusion that a group of people are in a general agreement about a subject when it’s actually a single person, which is capable of deceiving and influencing the general population.

The creators of this method state that it’s “challenging for authors to completely conceal their writing style in their text.” Computers run an algorithm which can analyze data samples to determine whether they belong to a single person or multiple people through analyzing the word choice, punctuation and context.

They state that, while its use is to simply detect a single individual astroturfing online, it is possible that it could be applied in the future to detect plagiarism and contract cheating, which is the act of hiring someone to complete a student’s assignment. The creators stress repeatedly that astroturfing is not illegal, however it is frowned upon. The goal is that, ultimately, “social media users can make informed choices and resist online social manipulation and propaganda.”