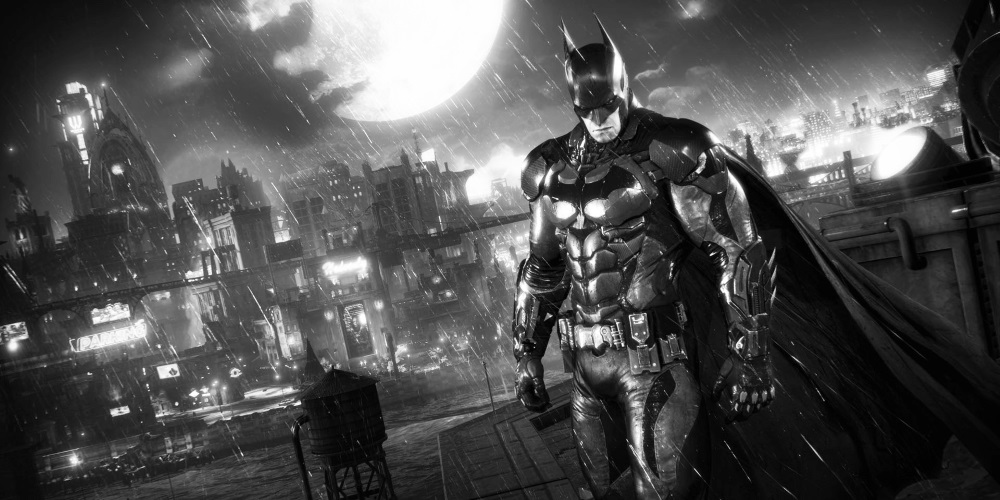 The summer of 2015 marked the release of “Batman: Arkham Knight”, the highly anticipated sequel to “Batman: Arkham City”. After four years in the making, it has been released exclusively for Next-Gen. Was the wait worth it?

Gotham is evacuated (as always) after Scarecrow threatens to release a massive dose of hallucinatory fear toxin. His ally, the mysterious Arkham Knight, then invades with his army. Many super villains return, each as memorable as the last. This is definitely the most personal story in the series yet, exploring Batman’s darkest fears.

Players are free to explore Gotham, which is filled with side-missions. This massive game-world can be traversed by driving what can only be described as the perfect mix between a Lamborghini and a tank: the Batmobile! It is exhilarating to rappel over buildings, continuously gliding, and then to dive swiftly into the iconic car to chase a convoy at high speeds, only to suddenly morph into tank-form and blow everything away with missiles… all without any loading screens!

Graphics are insanely detailed, with no noticeable frame-rate issues on PS4. The Batmobile can fight unmanned enemy tank-drones in battle mode, which feels like a vehicular version of the series’ classic melee combat due to arcade-like and fast-paced gameplay. Some may feel it’s used excessively (it is used quite a bit), but demolishing tanks in the Batmobile is so visceral it never gets old… it is thebest car ever!
A new Dual-Play feature allows players to switch between Batman and one of his allies, and to then dispense justice by heroically crippling people! This fun, creative feature adds variety with different characters such as Robin, Nightwing or Catwoman.

Old features have been improved. Jumping between enemies while countering attacks makes you feel like Jackie Chan with Dracula’s cape. Punching people like an angry ape has never felt so graceful. Armed enemies can be subdued stealthily in countless ways with new gadgets. Players can hack and overload terminals to electrocute and incapacitate mooks, or use a voice changer to impersonate their bosses and misdirect them… or just punch them.

However, players must often change up their tactics because troops will adapt to your moves, forcing dynamic play-styles. If you’re always sneaking up behind isolated guys, henchmen start moving back-to-back.
Challenge maps make a return, very unique though fewer in number, and investigating more detailed crime scenes and puzzle solving help emphasize Batman’s detective skills. With so many different animations and techniques, the game never gets tiresome.

Unfortunately, there are no real boss fights. The game’s version of bosses is essentially just bigger tank fights, or super villains are taken out in Dual-Play with an ally. With the exception of Mr. Freeze, Rocksteady’s creation of bosses has been about as successful as my romantic life…. pretty lackluster. But it’s no big loss; at least Dual-Play adds diversity. As a final nitpick, comic fans can easily guess the Arkham Knight’s identity, making that one plot twist slightly underwhelming.