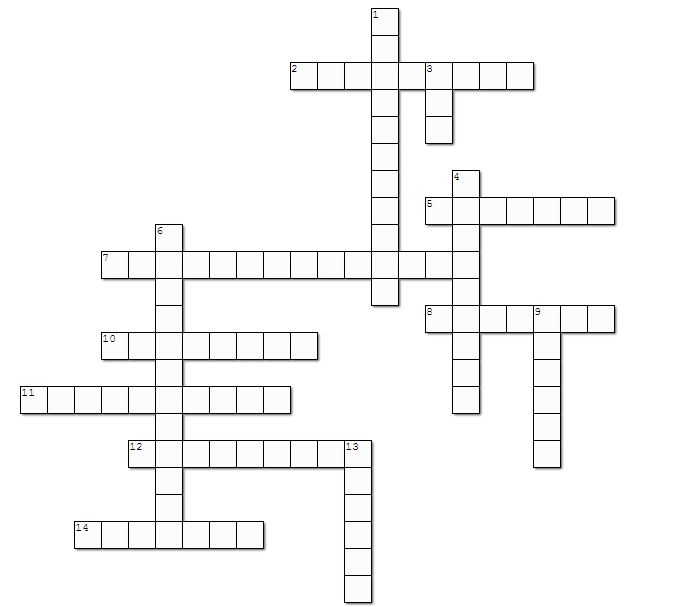 2. Him and Lennon’s songwriting partnership is one of the most admired in music.
5. The Beatles’ last released album.
7. Title of Black & White Beatle movie, song and album (the same for all three).
8. Richard “Rongo Starr” Starkey is the band’s ________.
10. The youngest Beatle.
11. Liverpool venue at which The Beatles played in their early years.
12. The Beatles were formed in this UK city.
14. John Lennon’s last wife.

1. The fan frenzy at The Beatles’ live performances.
3. Number of years the band was together.
4. The Beatles’ most recorded song of all time.
6. City in which the boys held their last official live concert.
9. The band’s producer.
13. Member who was assassinated in 1980.