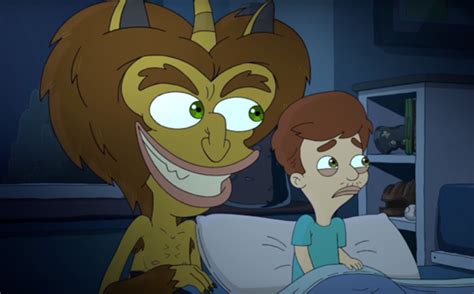 Viewers have been waiting for over a year for the adult comedy show “Big Mouth” to release a second season Finally, this past Friday, prayers have been answered with ten brand new episodes being released. The show is famous for its crude humour and breaking the ‘fourth wall’, directly speaking to the viewers. Speaking of which: WARNING! : this article may contain spoilers. The second season of the show, unlike the first one, is not just a parody of the journey through puberty, but touches on more serious issues, such as (spoiler alert), STDs and depression. To show the dangers of STDs, the creators of the show mock “The Bachelor”, with the candidates for protagonist Nick’s sister, Lea, being all varieties of preventative measures against STDs. This includes condoms, birth control, and even the pull out method. To our pleasant surprise, we are also introduced to a variety of new and interesting characters, including Nick’s new hormone monster. Nick is the first teenager of this new monster, and must lead him through endless peaks and valleys through life. Jessie is the character of focus in the whole season though, going through a rough time with her parents. I would recommend this show to anyone with a weird and dark sense of humour and who wants a good laugh. All I can say is, I cannot wait until season three comes out!