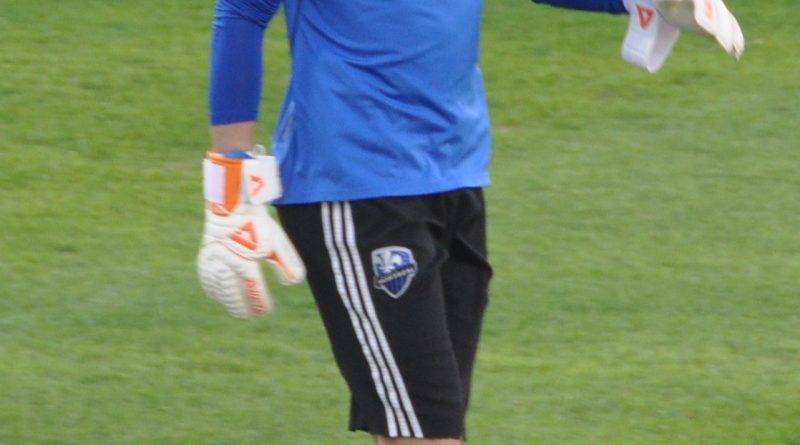 “Just be fully committed and present at the one thing you’re doing at that moment.” If you’ve ever wanted advice from a professional athlete, there you have it: straight from the mouth of Montreal Impact goalie, Evan Bush.
Bush is currently in his eighth year with the club and in his fourth as the starting netminder. But the reigning Audi Index Goalkeeper of the year has not followed the most traditional of paths to get here.
A graduate of the University of Akron with a degree in marketing management, the current Montreal keeper did not find himself on an MLS roster right after graduating. While this may seem like a huge obstacle to some, Bush didn’t see it that way.
After declining to sign into the MLS straight out of college in order to remain in peak form and get games, Bush signed for $600 per month with his hometown team, the Cleveland City Stars.
“As tough as it was sometimes to play in the second division with some of the conditions, I think it was the best route for me to take at the time” says Bush of the first days of his pro career.
At the conclusion of his first pro season (in 2009) the team dissolved, sending Bush on his way to Crystal Palace Baltimore: the final stop before he would eventually reach Montreal.
Bush first stepped onto a Montreal pitch in a Baltimore jersey. He had such a good outing that a now high ranking executive of the Montreal team caught up with him on the field to give him his card and let him know that they would be in touch.
Sure enough, a call soon came through inviting Bush to try out for the Canadian side. At the time, Montreal was the club to be at with their promotion to the MLS on the horizon.
Bush brought his top-quality skillset back over the border for the trial, a skillset so high that despite his early exit from training (due to a finger dislocation) he still got a call back to join the team in pre-season, and the rest is history. Bush officially became a member of the Impact of the NASL on March 11th, 2011. Bush finally got that first real MLS contract on October 21st, 2011, when the Impact extended the offer for him to remain during their inaugural MLS season.
While extending that first major league deal to Bush may appear to be a no-brainer decision, it was anything but. The club underwent a leadership change while rising to the next level, which seemingly sought to revamp the team with its own guys. That idea of stacking a team with your chosen personnel is anything but a foreign concept in the politics of professional sports. So the fact that Bush was one of the few that was selected to rise with the club is a true testament to not only his talent, but his work-ethic and dedication.
If there is one thing that the Montreal sports culture seems dedicated to, it’s replacing coaches almost as quickly as the weather changes, and our soccer team is no exception. And if us fans think that that is stressful, it can be even more nerve-wracking for the players who play for them, as there is no guaranteeing what they might do.
Over Bush’s tenure with the club, nearly all the coaching changes have resulted in the status quo remaining. While this isn’t necessarily a bad thing, it meant that Bush remained lower down the depth chart for longer than he probably should have.
“It sucked, to put it mildly,” explained Bush about having to continuously try to get back up into a coach’s good graces in order to get that starting job. But the same work ethic, dedication, and resilience that got him into the MLS has led him to now have 150 MLS starts to his name.
One would imagine that someone with this kind of success, especially after working so incredibly hard for it, would maybe take the time to soak everything in and even pat themselves on the back.
Not Evan Bush.
“It’s dangerous to do that. You can either pat yourself on the back […] or you can think that there is nothing left to attain, and regardless of my age, I was wanting to get something more out of the game, out of myself.”
Bush’s constant improvement attitude has led him to constantly reach new heights not only on the pitch, but off of it as well. Not only is he a husband, a father of three, and an involved member of the community, but he has started his studies towards an MBA.
To read and listen to the full interview, visit www.bandersnatch.ca!