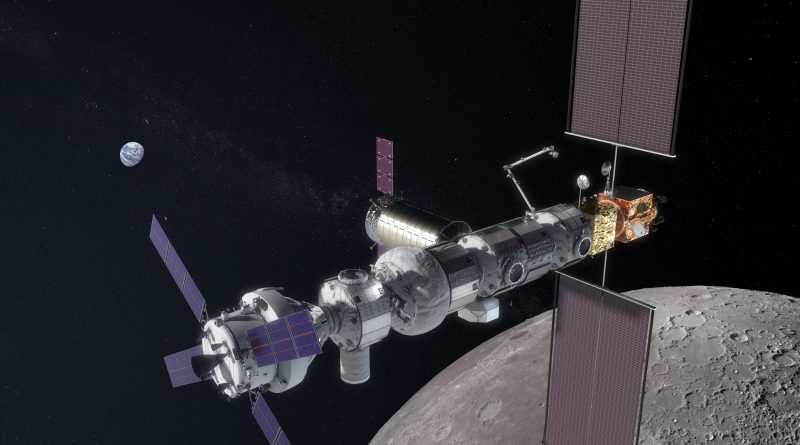 The moon is about to take centre stage! Justin Trudeau has recently announced Canada’s involvement with the Lunar Gateway, NASA’s up and coming space platform which will begin construction in 2022. Over the next twenty-four years, the Canadian space program will receive $2.05 billion in funding. Canada’s participation as the first international partner is no surprise, since Canada was one of the original space explorers! This partnership may encourage other countries to take the leap.
The Lunar Gateway is going to be a station that will orbit around the Moon from pole to pole, to ensure constant communication can be kept with Earth. The main objective is to send astronauts on consistent missions to the Moon. They will be able to travel back and forth between the Moon and the station with equipment. Another objective is allowing travel to asteroids and possibly to Mars.
The gateway will be a little larger than a football field, which is relatively small, especially in comparison to the ISS. Nevertheless, the station will divide into many modules, such as the habitation compartment, where up to four of our amazing astronauts can stay anywhere from thirty to ninety days. It also has a science module, with a lab to conduct scientific experiments and a sample return area. Most importantly, however, is the Canadarm 3, which will be built by Canada! It will be a robotic system that will maintain and repair the station; it will help with spacewalks, moving equipment, and bringing Moon samples.
This endeavor will aid with our countries’ economic growths, though most importantly it’s a big step towards deep space exploration that’s out of this world.