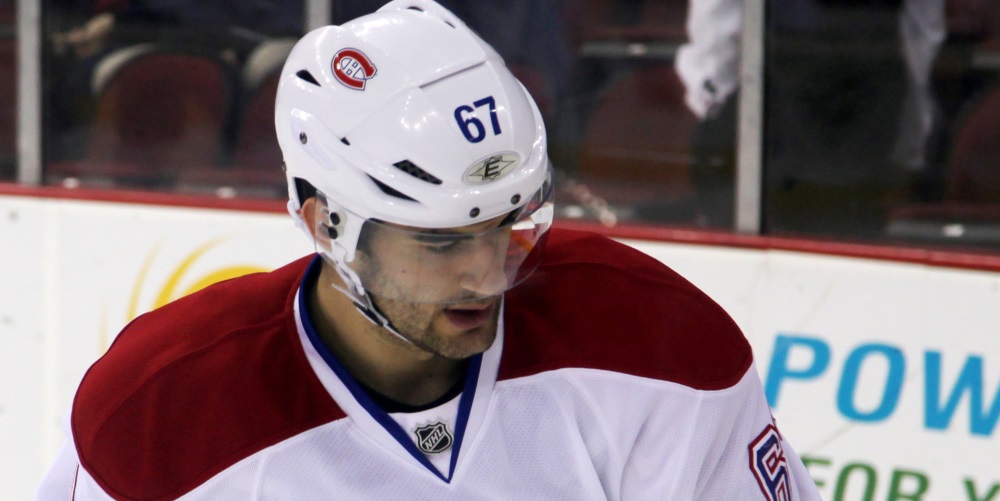 Arguably the hardest working player in the NHL, Brendan Gallagher does whatever he can to score. His work ethic is infectious and players work hard to match his intensity. A truly beloved player in Montreal, many considered Gallagher to have been the third candidate for captaincy. Despite his truly remarkable work ethic, 23 years old is too young to be a captain in the NHL. Although Sidney Crosby and Gabriel Landeskog are both examples of success stories as young captains, many people forget about Vincent Lecavalier. On March 1st 2000, Lecavalier was named the captain of the Tampa Bay Lightning. He became the youngest captain in NHL history (eventually surpassed by Landeskog), but his captaincy was stripped prior to the 2002-03 season because he was too young. Although Gallagher has a lot of potential, he’s just too young to be the captain of the Montreal Canadiens.

At 26 years old, PK Subban meets the age requirements, so why was he passed up for captaincy? His $10 million donation, followed by a french press conference, showed fans that Subban is dedicated to the city of Montreal. He has also stated that he intends on playing with the Canadiens for his entire career. However, Subban has a history of being an extremely emotional player, playing with his heart and not with his head. Most will remember the Mark Stone incident of last year’s playoffs, where Subban slashed Stone in the wrist. Months after the incident, most Habs fans will admit that Subban acted irresponsibly as his expulsion from the game put his team at a disadvantage. Although he puts up incredible numbers and is worth the $72 million he’s paid, the size of his contract takes away a large portion of the available salary cap the Canadiens have. It can be argued that the contract is selfish and hurts the team because they have less money for other players. Subban’s talent is elite and he is deserving of the contract, but if he was truly dedicated to being the leader of the team, he could have taken a pay cut.

In March 2011, Max Pacioretty suffered a broken neck after a collision with Zdeno Chara. After months of recovery, Pacioretty returned to the ice and in 2012 won the Bill Masterton Memorial Trophy for dedication to the game of hockey. Over the past several seasons, Pacioretty has become a reliable player for the Canadiens, putting up tremendous numbers. With just over 30 penalty minutes last season, he is a good role model for younger players. Pacioretty has the respect and admiration of his teammates, as they were the ones who chose him to be captain. Regardless of stats, facts or opinions, the players feel that Pacioretty is the most capable leader on the team, which is why he is the 29th captain in the Montreal Canadiens history.