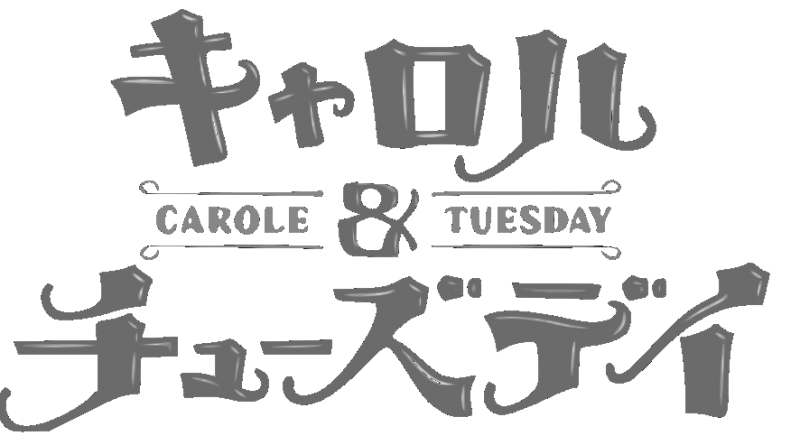 Directed by Shinichirō Watanabe, Carole and Tuesday follows the misadventures of two young women from separate walks of life. Bonded by their aspirations to become musicians, they strive to conquer the entertainment echelon and reach their dreams together.

The chemistry between our leads is what drives the emotional core of the story. The girls may seem like complete opposites upon first glance but their differing personalities complement each other perfectly. Tuesday, being a quiet runaway from a wealthy family, counters Carole’s life as a charismatic orphan who works part-time to scrape by. Their contrasting situations allow for the pair to learn more about one another. Their budding relationship blooms into a beautiful friendship that any viewer would be hard-pressed not to be enraptured by.

Though the narrative is very enjoyable, the stand out aspect of the show is without a doubt the music. The background tracks added to the atmosphere, and the lyrical pieces covered many genres ranging from indie to rock, with a focus on pop. Carole and Tuesday’s songs revolve around simple yet effective melodies played on piano and guitar. They’re catchy and infectious. The best moment arises from the pair’s first performance of “Someday I’ll Find My Way Home” in front of a crowd of no more than ten people; the emotional resonance of the lyrics, the fantastic harmonizing of voices the subtle yet powerful melody, all of these aspects captivate the viewer, so much so that it feels as if you have become a patron viewing this performance live. Without a doubt, it’ll have you saying that you were a fan of Carole and Tuesday before anyone else!