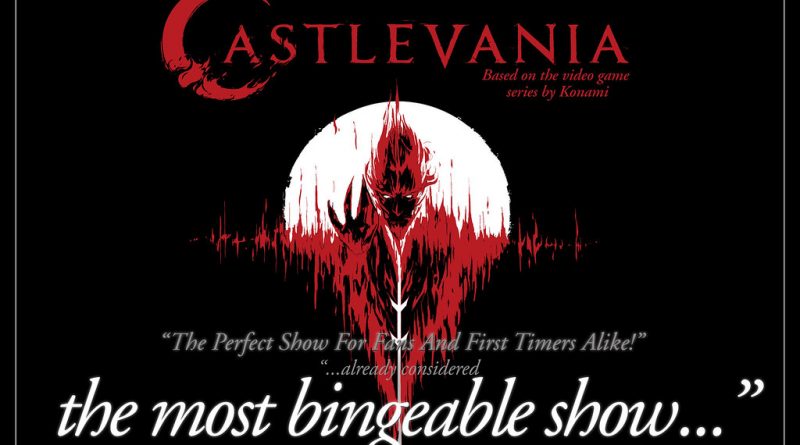 After nearly two years, Netflix’s Castlevania show finally released its third season to (once again) mostly positive reception. Set around a month after the end of season two, season three boasts ten episodes (over last season’s eight) and a tighter focus on its characters in lieu of the intensely plot-driven last two seasons.

With Dracula no longer around, “Carmilla’s” forces mostly in shambles, Hector enslaved, Isaac alone, and “Alucard” separated from Trevor and “Sypha”, this season doesn’t quite have the groundwork to provide a grand overarching story like last season. Instead, the spotlight shifts between four smaller stories: Trevor and “Sypha” in the mysterious town of “Lindenfield”, “Carmilla” planning her next attack with her sisters (and Hector’s plight as a slave), Isaac’s quest to return and exact his revenge upon “Carmilla” and Hector, and “Alucard’s” meeting with vampire hunters during his protection of Dracula’s defunct castle.

Someone might read these basic descriptions and ask themselves how all of these minor stories could possibly intertwine at the end like last season, and the answer is that they simply don’t. They’re all highly entertaining and captivating to watch, but very little seems to be of any real consequence. Many fans have called this the side quest season, which I think is a very apt description, but it doesn’t change the fact that everyone in the cast is exactly as enjoyable as before (if not more) and most of the new characters introduced here are instant fan favorites.

If you’re a Castlevania fan, you’re guaranteed to enjoy season three. If you’re not, you might just be missing out.