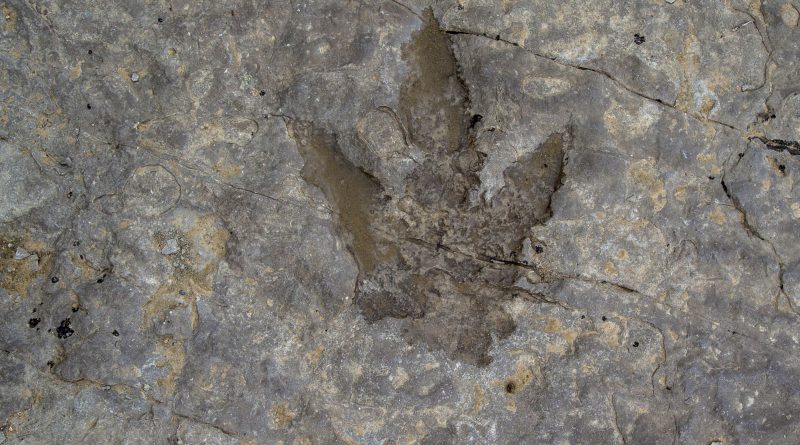 In Queensland, Australia, a very strange discovery was made in the Fireclay Caverns, in 1952 the discovery of nine different sets of fossilized dinosaur footprints found on the ceiling of the caverns stumped scientists for more than half a century. Today, thanks to the help of Dr. Anthony Romilio who met with Roslyn Dick by chance in a fruit market and discussed the cavern’s mysterious fossil finds that Roslyn’s father, geologist Ross Stains, had found and documented himself.
Due to many difficulties in the caverns, expeditions inside could not be made, and as such the only information obtainable was from photos taken during the initial discovery as well as charts and graphs that had been archived for years. Through research on the origins of the footprints, Dr. Romilio noted that there were very curious dinosaur behaviors exhibited in the shape and placement of the tracks. Through further investigation Dr. Anthony Romilio began to speculate that the tracks left behind were characteristics of a four-legged carnivore using its arms and legs to walk atop the once sandy ground of the prehistoric lake that ran down near the place where the tracks were made.
Later on, it was made clear that these tracks were not made by gravity defying dinosaurs but were rather imprints made and then covered in sand and as the softer lake sediment eroded away it left the harder sandstone in-fills. The set of tracks were made by two plant-eaters that walked bipedally along the lake whose imprints were then perfectly preserved in the ceiling of the Fireclay Caverns; to think this amazing discovery would have never been possible without the spontaneous and accidental meeting at a fruit shop.