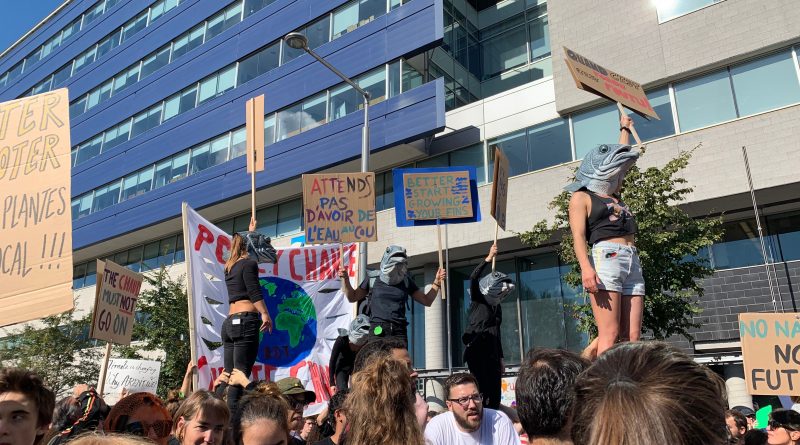 More people attended the Montreal climate strike on September 27th at the Sir George-Étienne Cartier monument than the population of Grenada and the Bahamas combined.

This outstanding number is also correlated to the fact that internationally known environmentalist, Greta Thunberg, was at the Montréal strike. While marching down, you could feel the energy of the crowd. Not angry, but almost frustrated and you could sense they were ready for change.

Reading all the signs around that people were holding, saying things such as “When the oceans rise, so do we” and “There’s no planet B”, these were thought-provoking.

Notably, many people in the crowd cried thinking about this, as well as when Greta gave her speech, highlighting the importance of this march.
A quote that resonated with us was when she said: “They say we are wasting lesson time, we say we are changing the world. So that when we are older we’ll be able to look our children in the eye and say we did everything we could.”

As Greta is only 16 years old, she relates a lot with students, since the fight for climate change is so that we and our children can have a future. This line especially tugs on our heartstrings as many of us there did skip classes so that we could fight and do everything we could to combat this war.

Half a million resilient people proved that we aren’t ready to quit just yet.