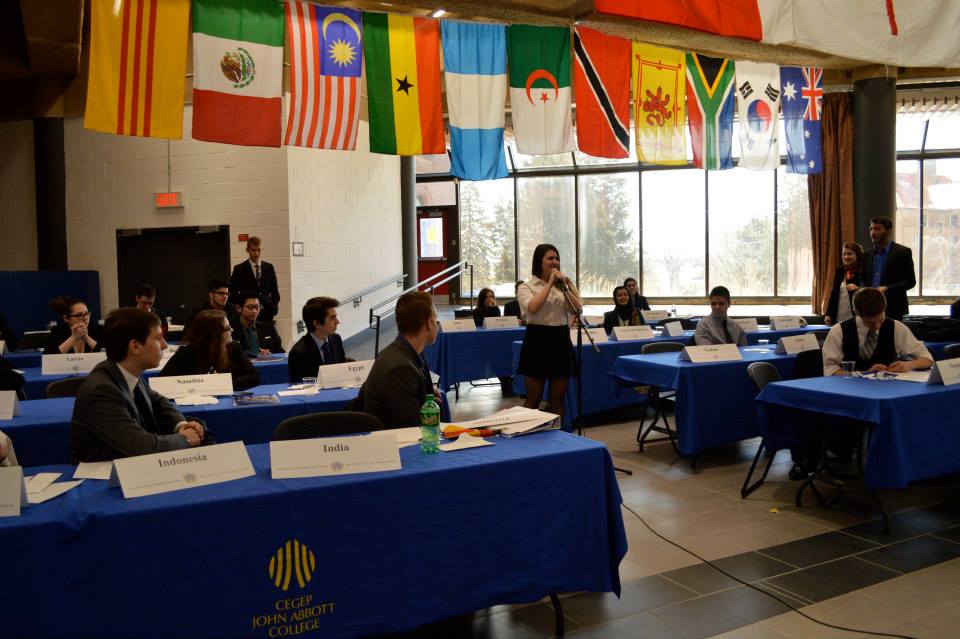 For When You Want to Sass North Korea

Hey Islanders! John Abbott College Model United Nations club, JACMUN, is hosting its 6th annual conference on April 9th and 10th 2016 and it’s going to be awesome! I know you’re probably wondering what Model UN (MUN) is in the first place so I’ll start with that.

MUN is an extracurricular activity that is organized by college, university and high school MUN clubs, the student members are called delegates. Delegates represent countries or characters in committees at conferences organized by other MUN clubs. Conferences can be as small as 20 delegates if they are limited to the school’s club or have thousands of delegates attending. World MUN, for example, is organized by Harvard and is in a different city every year. More than 2500 delegates attend every year from more than 118 countries, as such it has been dubbed the Olympics of MUN. McGill’s conferences, SSUNS and McMUN, which JACMUN attends every year, range from 1500 to 1800 delegates. JACMUN’s conference will have about 100 delegates.

What exactly do you do? Delegates attend a committee which they are assigned by the leaders of their MUN team. Prior to attending they do research and submit a position paper. They will be in one of three types of committees. The largest are the General Assembly (GA) and the ECOSOC (Economic and Social Council), while they usually simulate UN committees, in recent years some conferences have branched out to offer GAs of the Commonwealth or other international organizations. Delegates debate international policies and draft resolutions which they hope to pass at the end of committee. The most difficult part of a GA is the number of delegates in the room, which at large conferences can exceed 150 or even 300 people; networking and getting an opportunity to speak are very challenging.

The next type of committee is the Specialized Agency (SA). These committees also debate policy but sometimes include crisis elements. The size ranges from 20 to 50 delegates who generally play characters. The smallest committee is the Crisis. Here there can be as few as 10 delegates playing character who must deal with a constant stream of crises. In all committees, delegates have to stick to their foreign policy even if they do not personally agree with it, which is especially acute if you are playing a dictatorship with a bad human rights record!

The most exciting part are JACMUN’s committees. This year our GA will be simulating the Non-Aligned Movement, the group that coined the phrase ‘third world’. This international organization has very similar membership to the UN with one exception, none of the rich countries or superpowers are a part of it. Delegates will be debating the outcome of the millennium development goals and writing proposals for a new set of goals. Our Enlightenment committee gathers the greatest thinkers of the 18th century and monarchs to develop a constitution for France right after the storming of the Bastille. The Trump 2016 committee will simulate the National Security Council of Donald Trump, the 45th president of the US with a few special new offices. Will they build a wall? Start World War Three? You’ll have to attend to find out. This year’s crisis committee is called Panem. Delegates will play the governors of the Districts and secretaries of the Capitol government, 74 years before The Hunger Games series and try to resolve the uprising.

If you’re still not convinced check out our website jacmun.org or our Facebook page! Registration is now open and costs $30. Looking forward to seeing you there!