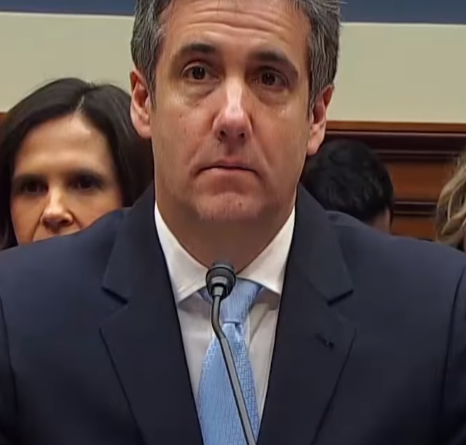 The longtime personal lawyer and ‘fixer’ for Donald Trump is in a peculiar and almost sad situation. While Michael Cohen was the executive vice-president of The Trump Organization, he insinuated strong loyalty to the president, once even said he “would take a bullet” for him.

Cohen has now changed his loyal views on Trump, becoming a central witness on several criminal investigations pertaining to Trump, including the Robert Muller Russia investigation.

Being convicted on eight charges of bank and tax fraud, violations to campaign finance laws and perjury, Cohen has stated in court that he broke those laws in coordination and “at the direction” of Donald Trump.

As a result of him speaking out, he has become one of the president’s most reviled individuals.

Because Donald Trump is now scared. Michael Cohen has implicated him in several high crimes as a result of his testimonies to Congress and Federal courts. And, if it is proven that Trump is involved, they are impeachable offences.

The president’s affair between adult-film actress Stephanie Clifford (Stormy Daniels) has been a focal point for investigators and the media. Michael Cohen gave Clifford $130,000 in hush money to silence her about the sexual relations between the two. This was not reported to the Federal Election Commission (FEC) and was done two weeks prior to the 2016 federal election. Therefore, it would be reasonable to say it was made to influence the election. Thus, this payment had to be reported to the FEC. As such, it constitutes a violation of campaign finance law.

When criminals want a larger loan, they often inflate the value of their assets. A bank that thinks a property has higher value is more likely to give them a larger loan. This is because it inflates their net worth. If the individual ever gets into a bad financial situation, banks think that they have less financial liability. Lying to banks in this way is a crime under the United States financial code. Michael Cohen provided documentation during his testimony that suggested that Trump did exactly this.

In 2012, when Trump was seeking a loan, Michael Cohen reported to Deutsche Bank on Trump’s statement of financial condition. He told them that Trump’s mansion in Bedford, New York was worth $291 million even though at the time economists estimated that it was only actually worth $19 million. Just last week, investigators subpoenaed Deutsche Bank for their records regarding this matter.

It is very easy to come to the conclusion that Michael Cohen is now ‘the good guy’ because he has brought us closer to impeaching Trump, but what these people are dismissing is that he is equally responsible for those offences. Despite the arguments you make, even if he is implicating Trump in all these crimes, it does not make him any less responsible.

Michael Cohen argued that his “blind loyalty” to Trump led him to “choose a path of darkness over light.” But the thing people miss is that he had the choice not to follow this man.