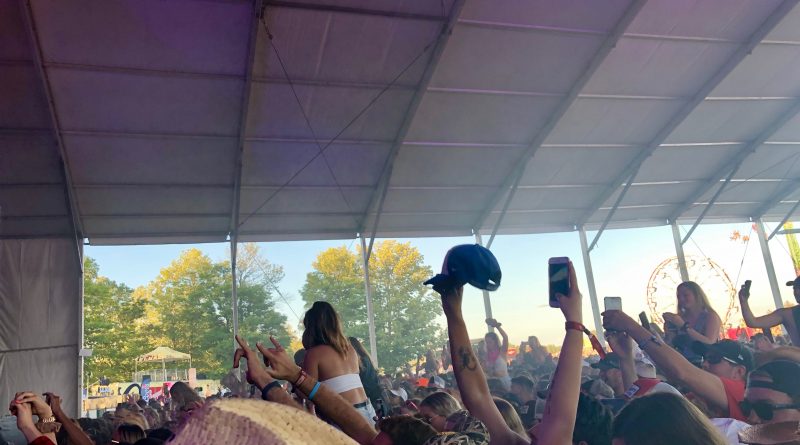 All of my fellow Montreal-based country fans can attest to the dirty looks we get whenever we are handed the aux and start blasting Kane Brown or Miranda Lambert. In our defence, country is the best genre to have pouring out of the speakers while flying down a highway. The honesty of the lyrics and the closeness of the music creates an atmosphere of backyard jam sessions that can make you feel as if you’re right next to the artist, no matter which direction you’re headed.

It is this aspect of genuineness that lends itself so well to a festival like Boots and Hearts, Canada’s biggest country music festival. Held annually at the Burl’s Creek Event Grounds in Oro-Medonte, the festival attracts millions of country fans from all walks of life. The vastness of the grounds can seem hard to fill at first glance, especially with only 2 stages, but country music has an uncanny ability to make any show feel like a backyard jam session, which is precisely what every artist did.

I attended the Saturday of the event and the highlight was without a doubt Mitchell Tenpenny’s set on the Front Porch stage. Straight from the opening chords of “That Truck I Drove in High School” the crowd could tell they were in for a good time. With a perfect blend of wholesomeness and recklessness, Tenpenny and his band transitioned through all of the highlights from his debut album “Telling All My Secrets” as well as adding an unreleased song to the mix. While the whole set bubbled over with energy and excitement, the pinnacle of of his performance came in the form of his closing song “Bitches”. After choosing a few expletives to introduce the song, Tenpenny poured his heart and soul into the closer, and straight into the memory banks of everyone lucky enough to witness it.

Not to be outdone by the spectacular music was the festival experience itself. As previously stated, the grounds at Burl’s Creek are MASSIVE and could easily be seen as overwhelming (especially to someone with anxiety who couldn’t drink) but the atmosphere around every booth, food truck, and experience matched the atmosphere of the stages; a good time with friends. I couldn’t have been farther from my city life yet I felt completely at home.

Nearly 30 food trucks lined the perimeter of the Carnival section, complete with flying swings, a Ferris wheel, and a mini-market. There were the typical brand set-ups we have become accustomed to seeing at festivals, but everything felt different. I had been at Osheaga the previous weekend and there was a palatable difference between the vibe of the 2 festivals, down to the third party marketing. While this is natural, it just went to further prove that country music is more than a genre, it’s an attitude with the ability to make any city fan feel right at home in the middle of a field, surrounded by strangers.