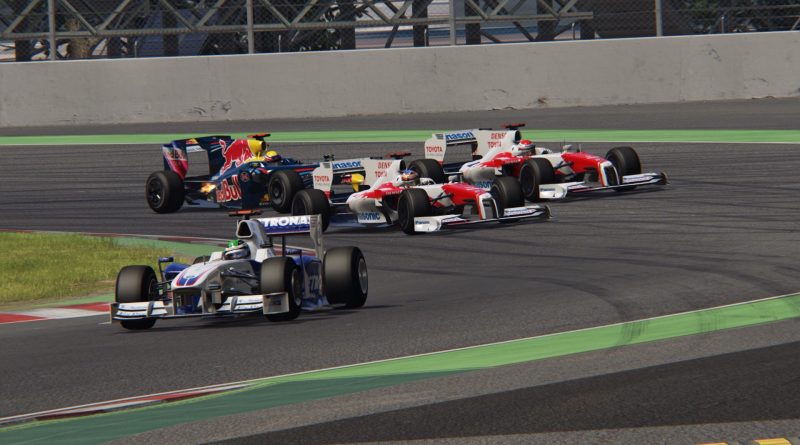 The winter season in the world of simulation racing (sim racing) is full of action. Several series include leagues in races such as Formula 1 2018, iRacing and Assetto Corsa. At John Abbott College, there are two simulation racers among our student body, but who are they and what league are they competing in?
Adam Appleseed (Zoruzer0) and Eric Durace, driving for team BMW Sauber, compete against international drivers in the CRS (Cockpit Racing Simulation) Formula 1 2009 league in the Assetto Corsa gaming platform. After the most recent round of the European GP in the Valencia street circuit, Appleseed was 9th in the provisional championship classification and Durace placed 12th, although neither have yet scored a victory. In a league with over twenty drivers competing, consistency is key.
The series takes place across five continents and fourteen racing circuits from the actual 2009 season. The league is already halfway through the season, with the next round coming up, the Grand Prix of Belgium, at the beautiful circuit of Spa Francochamps. Races take place every Friday at 4:00pm EST. Livestreams are available on the YouTube channel Clutch.
With only six rounds of the championship left, it’s crunch time for the drivers to end the season on a high. Only time will tell if either will pick their cherry.