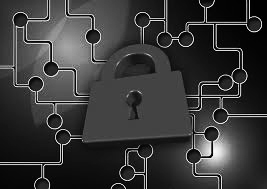 The Boundaries Of The Free Web

The internet is something like a fourth dimension of the world we live in. It’s neither visible nor tangible, yet it exists, and humans can act and behave in any way they choose on it. Perhaps the most exciting part of this dimension of reality is that we can interact across space seemingly without any hindrances.

Alas, this is not the case. While bullying and hate speech may be the first thing that comes to mind when we think about internet crime, there are larger schemes that dominate the internet. According to Interpol, cyber-crime can be financial (phishing, online fraud or corruption of financial services), an attack against a computer’s hardware or software or abuse, more particularly sexploitation, often involving children. Some consequences may include release of personal data, sensitive government documents or just a general breach of privacy.

The absence of cyber-crime or at least the limitation and fair trial for it is internet security and safety. Internet freedom is much more similar to press censorship. It is the ability to truly see the internet in its most fundamental form. You will be happy to know that Canada ranks 8th as far as freest press goes, and 16th for internet freedom, not as good as last year but still excellent according to reporters sans frontiers and Freedom House respectively. However, according to Freedom House’s 2015 report, only 1/3 of the world enjoys a free internet, the same amount as those who do not.