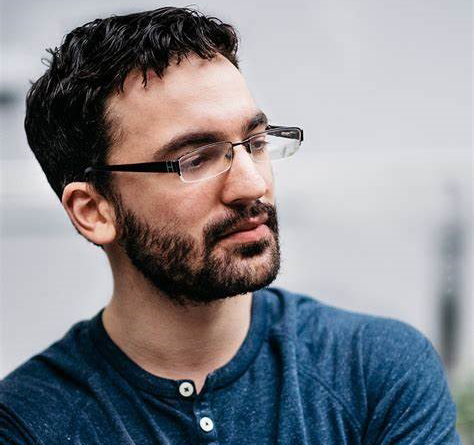 This year’s Otakuthon was packed with surprises. The biggest one was the opportunity to see Dan Salvato, the creator of Doki Doki Literature Club. While I couldn’t get a one-on-one interview, I still managed to meet him at his panel and ask a few questions. Many topics were covered, but the discussion transcribed here focuses on the game itself and the themes behind it.

Visual Novels and the Medium of Games

Salvato’s passion for creativity comes from many areas. For one, he loves Visual Novels. From titles such as Tsukihime to the Nonary Games, this niche genre has made him feel emotions that other traditional games haven’t. Another inspiration for creating DDLC was the western anime community itself. The community tends to passionately love overused tropes within the culture of anime both ironically and unironically. This passion became one of the core ideas behind DDLC: “I wanted to create a game to make fun of for being trashy, but that overtime, would make fun of you for liking trashy things,” said Salvato during the panel.
He also believes that games are great outlets for creative storytelling with Portal being a notable example for him. While most AAA studios tend to have their narrative separated from gameplay, Portal is one instance where the two are tied together. This is what is known as interactive storytelling. Salvato wanted to use interactive storytelling as a tool to tell a straightforward text narrative and tie it with computer arts.

The Characters and Themes of Doki Doki

“VNs have trained us that making the right choices of sequence leads to the best ending and that’s why Doki Doki Literature Club doesn’t let you have that power. It shows depression for what it is,” noted Salvato as the room went quiet. Following this, he asked the audience to raise their hand if they had gone through depression or knew someone who was. Almost everyone there did.
Depression is one of the central themes of DDLC. Although they are all easy to write off at first, Salvato decided he wanted his characters to be more personal and a reflection of his own high school experiences.
The girls end up using high school anime archetypes as masks to hide behind to escape their personal issues and depression. Sayori is bubbly in appearance but lacks self-worth. Natsuki puts on a poker face as a defensive barrier but ends up feeling isolated from everyone. Yuri acts very passively which leaves her without an outlet to express herself in a healthy matter.

When the floor was open for questions, I and many others asked him about his future plans. Although he can’t really talk about it, he is working on another visual novel. He’s also thinking of adding more content to DDLC somehow. In the end, the panel was quite revealing on Salvato himself. Shy, geeky, and still not fully grown into his new celebrity spotlight, he seems grateful for the reception and love he has gathered from fans.