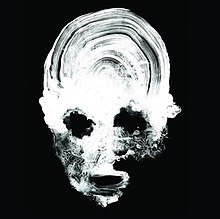 I Got What I Wanted

The Fairmount Theatre was unbelievably packed on the night of Monday, March 11th 2019. Fans were eagerly awaiting the band Daughters, hailing from Providence, Rhode Island, to perform. They are fresh off of their first new album in nearly a decade, You Won’t Get What You Want, and with its overwhelmingly positive critical reception, there has been a drastic increase in their fan base.
Fans quickly entered the building and were treated to a short, but extremely effective set from Container. He came, he saw, he left his mark.
Afterwards, the set was followed by Big Brave, who put on a very eerie performance. It really set the mood for what was about to come.
Soon enough it was time for Daughters to hit the scene. Once they got on stage, I knew I was in for a show like no other. The show began with the lead vocalist Alexis Marshall intentionally dropping the microphone and simply kicking it across the stage, and it only got crazier from there.
For the next seventy-five minutes we were transported into the world of Daughters, where we were subjected to the absolute worst aspects of humanity and the harshest of realities manifested through song, and I for one could not have been more ready for the ride. Alexis proved to be an extremely engaging frontman, bellowing out the profoundly harsh vocals of each track while also displaying his absolutely captivating stage presence. Seeing Daughters may have been a once in a lifetime experience, and I’m glad I lived to see it.