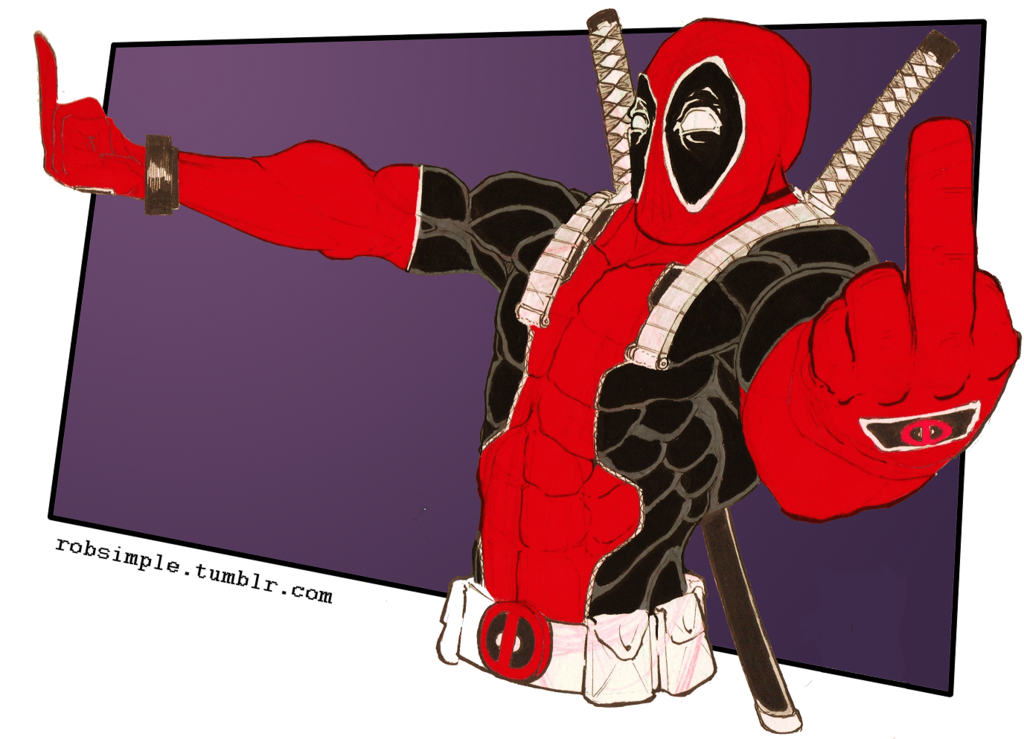 If there’s one thing the opening scenes of Deadpool proves, it’s that the movie isn’t going to hold back. Fast-paced and frantic, filled with spur-of-the-moment bits of dialogue and action, Deadpool is a fine film. It’s filled to the brim with all kinds of humour, from the dark and outright offensive to the low-blows and penis jokes we all expected.

Starting with a slow credit roll set to Juice Newton’s “Angel of the Morning”, Deadpool opens up with the expected contrast and discord: sweet music and ultraviolence. The credits themselves are a part of the gag, listing the stars as “God’s Perfect Idiot” (Ryan Reynolds), “A Hot Chick” (Morena Baccarin), and written by “The Real Heroes Here”. The first five minutes really do a fantastic job of setting the tone for the rest of the movie. Or they would, if the movie didn’t flip back and forth constantly between Wade Wilson’s (Deadpool’s real name) hunt for a cure for his face and his origin story.

Here’s the biggest problem with Deadpool’s first foray onto the big screen: you have to introduce him. And while the action sequences are flashy and the dialogue is witty, snappy and scathing, every flashback that happens, no matter how fourth wall shattering, makes the movie less fun.

This goes hand in hand with an incredibly weak performance from Ed Skrein, whose Ajax just wasn’t interesting. Not even a little bit. We get it, Marvel – the dude is strong, he doesn’t feel pain, he’s super-fast…and whatever other nonsense you’d like to add in there. But when you stab someone through the chest, no matter how little pain they feel, there’s generally going to be some parts of their body that don’t work quite like they used to. Any scene where Skrein is talking, or just smirking (which seems to be the only facial expression he can manage) is slow, boring and uninteresting. It tears away from the pacing of the movie.

What makes this all the more egregious is that the scenes where Ryan Reynolds is just doing Deadpool things are great. They subvert all your expectations of a superhero movie (and therefore ironically fulfill your expectations of a Deadpool movie). It’s a great mix of comedy and action, as well as visually amazing to watch. The inclusion of Colossus and Negasonic Teenage Warhead help carry the film, and every moment of their screen-time is a delight.

All this is to say that Deadpool was generally ‘meh’. It was a two hour movie that felt like an hour-long TV show; enjoyable, but nothing spectacular. I do have high hopes for the Merc with a Mouth, though. With a green-lit Deadpool 2 already in the works, you could say I’m more than a little excited. This movie had all the makings of a fantastic anti-superhero movie, but fell just a few inches short of the mark. Perhaps a more enticing villain would’ve done the trick…or maybe just literally anyone besides Ed Skrein.