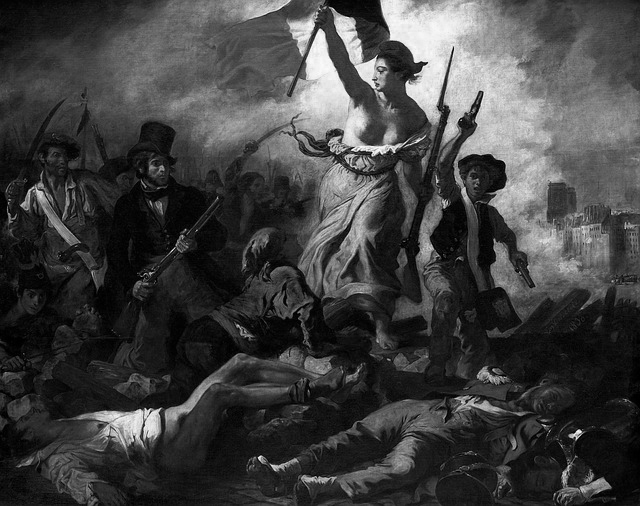 Contemporary Western Civilization has taken credit for being the great and noble leaders of certain enlightenment in political thought. There is no truer fact that democracy has been accepted as the “good” and “just” political system. We, as Westerners, are proud to denounce every other form of political system, and we are proud to announce our announcement to the world. We all agree that democracy is the right way, and we cannot seem to be able to think otherwise. However, I believe that we should question ourselves. Why is democracy so widely accepted?

Democracy has been a developing idea since the beginning of the Enlightenment. Constitutional governments were the first form of democracy in the West, since our Athenian ancestors thousands of years earlier. Throughout the decades and centuries, constitutional governments became representative governments, and became the new path towards equality… well, equality between the bourgeois and the nobility. Eventually it reached the working classes and the peasantry, and then it was commonly viewed as the right way to rule. The oppressors saw that it would take away their power, so they reinforced their grip on power. The oppressed reacted, hence the Glorious Revolution, The American Revolution, The Haitian Revolution, The French Revolution, and the 1848 Revolutions. These revolutions and uprisings shaped our world, but it also deemed democracy as the ultimate epitome of Western thought.

Thus, the acceptance and idealization of democracy occurred, but we must ask ourselves: “Why is democracy so good?” It is easy to know where democracy ascended from, but why did people see it as “good”? The answer is clear. The political system that was appropriated globally was feudalism, however what is worse than feudalism is justified feudalism. The Western World lived under the leadership of in-bred monarchies. This system gave no mobility between the classes and gave power to very few people. Representative government was and is a much better system compared to this. Simply enough, people sought democracy for a better life with better opportunities. Democracy gave you a place in your governance and it allowed mobility through the social classes. Ideally it should have rid us of all evil, should it have not?

Alas, the wise one is led to pose this final question to fully understand the role of democracy. If democracy is so ideally good, why are we still living with the same inequalities of the past? The very rich bourgeois became the nobility, the poor stayed poor. The answer, again, is simple: our democracy is a failed concept. This is because we live in a capitalist democracy. It is a democracy that depends on the profit of democracy itself. It is manipulated to better commerce and not social issues, such as inequality. We have been told that our system is at its best, but this is only to make sure we do not seek out a better democracy. Democracy has failed itself the second it went to bed with capitalism; our economic and social inequality is their offspring.