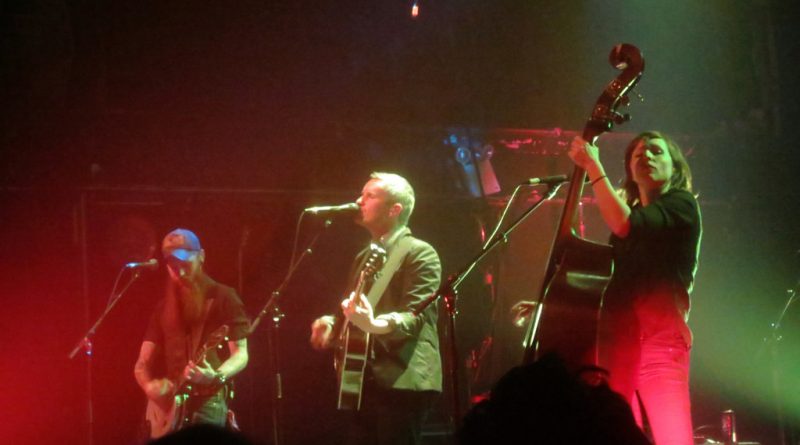 Live at the Corona Theatre

I am someone who is not extremely well versed in the world of country music. I have admired it from afar for a while, but I never really immersed myself with the culture. On February 8th, I went to see The Devil Makes Three perform at the Corona Theatre and had my real first foray into the world of country music, and I ain’t talkin’ about that there “Bro Country”. I’m talking about a true blue country band, and I must say I had a great time. I was thoroughly impressed by how prompt each band was. It was one of the rare occasions in which the bands actually performed on time. The opening act was a small local Montreal punk band named Bucky Harris. They performed country covers of their existing tracks and they maintained the spirit of their punk roots. The crowd was definitely into it, nearly breaking out into a mosh pit right from the get-go. Pardon my ignorance on the culture, but I was definitely not expecting this kind of energy. I am not upset, in fact the surprise really enhanced the experience for me. Bucky Harris really delivered and got the crowd ready for the main event.
Once The Devil Makes Three hit the scene, it was impossible to manoeuver through the crowd, as the mosh pit began immediately. They played a wide variety of new and older songs that really engaged the audience. For my first foray into the country scene, I was thouroughly impressed.