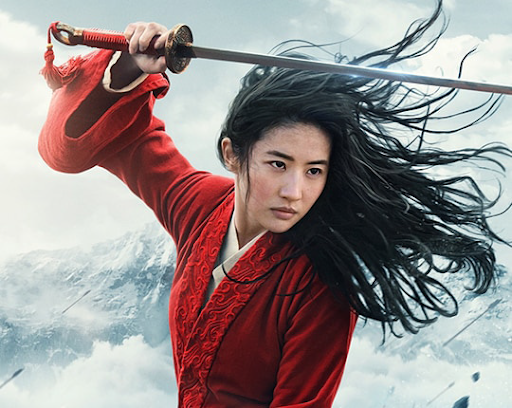 When the live-action remake of Mulan was announced to release in March 2020, Disney fans all around the globe were ecstatic. When COVID-19 arrived, the due date was postponed, not once, but four times. Finally, this movie released on September 4th, but many are still skeptical of this new adaptation.

For many, Mulan (1998) was the landmark of their childhood. The first time watching this animated musical will always resonate with its fans. I still remember my first time watching Mulan: I was on a flight from Ottawa to London, and noticed that I had the option to watch it. I had never, but all my friends loved to occasionally start shouting the lyrics to “I’ll Make a Man Out of You”. I decided that this was a movie I should see at least once in my life. I sat there for an hour and a half and didn’t even see the time go by. I was encapsulated — it made me want to laugh, then cry, then smile. All around, I loved it. I then proceeded to continuously listen to that soundtrack for my ten days in Europe. Do I regret it? Not for a second, because now I know all the lyrics to every song.

Though many people surely watched it before the age of 16, even watching it now still brings the magical feeling of Disney. This led fans to wonder: could Disney recreate such an iconic film? Well, many say they failed.

They took out many aspects of the film that were beloved by fans. Firstly, the characters will not be performing songs. This left fans devastated as the songs were one of the most iconic parts of the film. In addition, Mushu, our favourite talking dragon was not featured, as well as the unspeaking lucky cricket. Li Shang was also removed, which caused a major controversy as he is one of the few bisexual men in Disney. Although this was never confirmed, we know that in the original film, he developed feelings for Mulan even though he thought she was a man named Ping at the time.

Another one of the biggest turnoffs was the price of Mulan (2020). They charged CAD $34.99, on top of having a Disney+ membership which costs CAD $8.99 a month. This is an outlandish price for a two-hour movie, as even most Disney movies cost downwards of CAD $25.00. Many people cannot afford this price for a movie and caused loving fans to be discouraged.

Now you may be thinking, well what does Mulan (2020) have? Though many things were removed, there still are aspects to be adored.

The director, Niki Caro, had a whopping budget of 200 million dollars, which is the biggest budget ever allotted to a female director.

There is also a new addition to the films, a phoenix who now watches over Mulan throughout the film. They also replaced the antagonist’s menacing pet hawk with a shape-shifting witch named Xian Lang, which is bound to add some flavour to the plot. Removing the music added a sense of realness and intensity, an understandable artistic choice.

Regarding the price, Mulan (2020) will be free for Disney+ users as of December 4th. To compensate for a 200 million dollar film cannot be easy, though I still believe there could have been a better option. As with the adjustments to the film and the price, they already lost many potential viewers.

Will I be watching this film? Yes, I am sure I will. Will I be paying an extra CAD $34.99 to watch it now versus December? No. Though disappointment still resonates in my heart, as they removed many of my favourite aspects, I do believe this film is still worth watching at least once.