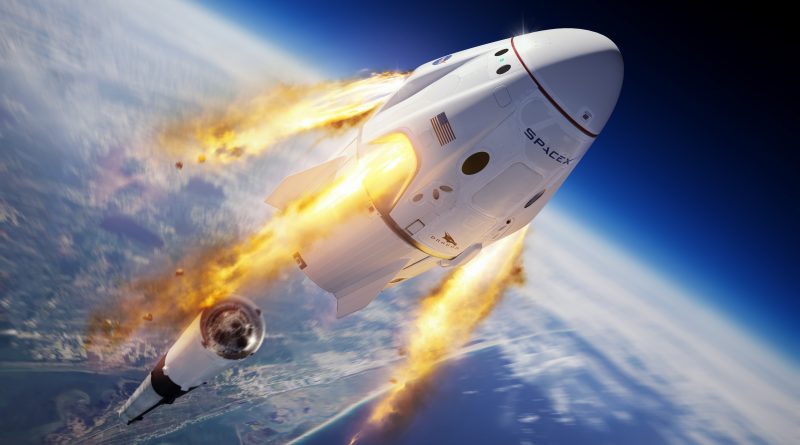 On January 19th, Space Exploration Technologies, commonly known as SpaceX, performed the in-flight abort test (IFA) for its next-generation Crew Dragon capsule. This was one of the very last tests scheduled to be performed before the Crew Dragon begins its crewed operations to and from the International Space Station.
In this in-flight abort test, the Crew Dragon Capsule was mounted onto a Falcon 9 rocket and launched as if it was a normal mission into low Earth orbit. Approximately 80 seconds into the flight, however, the Falcon 9 rocket shut off its engines while it was going at a speed of approximately 536 meters per second. Immediately after that, the Crew Dragon Capsule ignited its eight SuperDraco thrusters and separated from its Falcon 9 booster with a velocity of about twice the speed of sound according to SpaceX.
At this point in the mission, the Falcon 9 rocket was no longer aerodynamic and subject to extreme air pressure. And so, just like SpaceX’s simulations predicted, the rocket soon broke apart in a ball of fire. The Crew Dragon’s SuperDraco thrusters carried it away from the rocket from a speed of 536 meters per second to 675 meters per second in seven seconds.
The capsule then deployed its parachutes and safely splashed down 42 kilometers from shore about nine minutes after its launch. With this test, SpaceX has proven that it can safely abort its crew in the event of a rocket failure at any point during the launch. The first crewed mission by NASA’s commercial crew program is scheduled to happen sometimes during the spring.