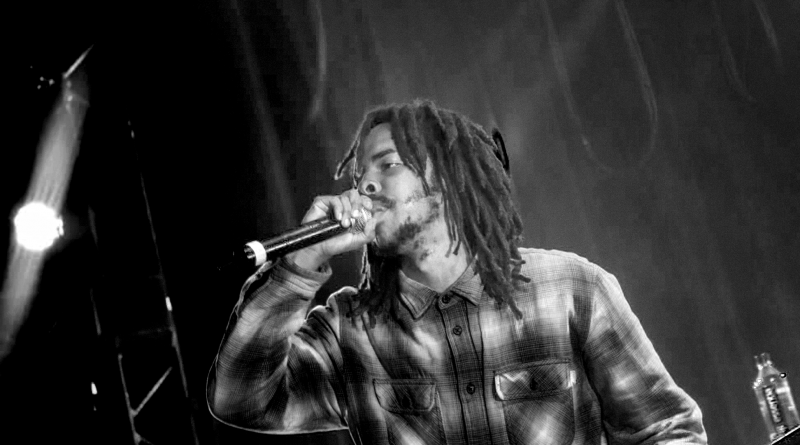 Earl Sweatshirt brought energy and optimism to Montreal’s Corona Theatre on Thursday April 4th. Earl Sweatshirt’s album Some Rap Songs is a positive turn in his discography. The album epitomizes the end of the winter blues brought on by the arrival of spring. The album is short and humble (at 25 minutes long) and the concert was similarly short, providing the same effect.

Liv.e and BbyMutha opened with energetic and concise sets. Liv.e set the scene for the lyrical and cerebral show that would follow, while BbyMutha provided the energy needed to jumpstart Earl’s performance.

Earl Sweatshirt was greeted by excited cheers from an energetic crowd. It was apparent that he thrived from this energy, and he seemed comfortable and welcomed on stage. He began his set with the 2013 release Molasses which was met with applause and supplied the momentum for a mosh pit. He followed with some new tracks off of Some Rap Songs. The contrast in style between his new and old tracks demonstrated the immense personal and artistic development he has made over the past six years.

The DJ behind the rapper had mixed the samples perfectly for the venue. The bass was loud, but not overwhelming. The overall sound of his voice in comparison to the backing instrumentation was immaculately suited to the room. As a result, his lyrics were just as pronounced as they were on the studio releases, which helped convey his emotional lyricism.

The backdrop behind Earl displayed fragmented vignettes that randomly repeated. These clips parallel the fragmented style of hip-hop he is known for. The patchwork of his lyrics were contrasted with a visual quilt that depicted life in California, ancient artifacts from Africa, racism in America, and marijuana use. The lo-fi production of his visual accompaniment added to the lush, nostalgic quality of his music. His masterful performance, combined with the visual media, highlighted the jazz component of his music. This jazziness helped him soar for the final three songs of the evening.

The acclaimed Nowhere2go brought an unexpected energy to the crowd that bled perfectly into an older release, Pre. The energy from the previous two songs was followed by Shattered Dreams, which included a gospel sample that instilled positivity and optimism throughout the room. The song was met with enthusiastic plumes of cannabis smoke.

Careful mixing ensured that the trumpets soared on the final, instrumental song Riot! and that the concert ended on a high note. Overall, Earl Sweatshirt delivered an exceptionally memorable set, which emphasized the musical growth seen on his latest album Some Rap Songs.