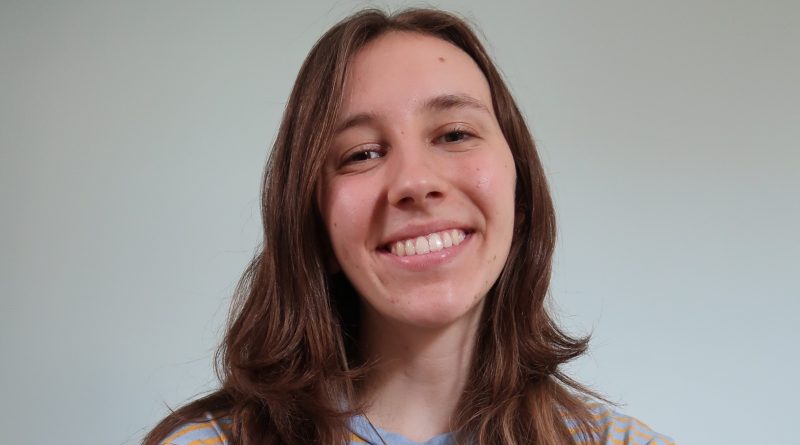 We are sad to announce that Emily Handfield lost her life trying to take the perfect picture. It was a normal Sunday evening; Emily had just finished binge-watching Game of Thrones for the 37th time. She opened her mouth, allowing a fist-full of sunflower seed shells to fall from inside her cheeks and land in a bowl, then slipped into her Twenty-One Pilots hoodie before heading upstairs from the basement.
As she was walking up, she saw Riley, her cute pupper, splooting in front of the stairs with his sad pupper eyes. She took pity on him and decided to take him on a walk. She put on her favourite denim jacket and then leashed Riley up. Strolling outside with her doggo was one of her favourite activities, and having Bastille and Kodaline blast in her ears made it even better.
Emily decided to take a different route than usual; she walked up a nearby bridge, crossing over the Highway 20 rush hour. The sun was setting at that time, and she was in the position for a perfect shot. She attached Riley to a lamp post and leaned against the bridge’s railing. A highway sign was blocking the sun, so she leaned forward even further, and at that exact moment, her phone rang with its familiar duck quacking ringtone. It startled her so much that she lost her footing, and dropped five meters into the oncoming traffic below. Emily now guards the gates to hell, only allowing lost souls who can recite the entirety of the Trench album into the kingdom of the afterlife.