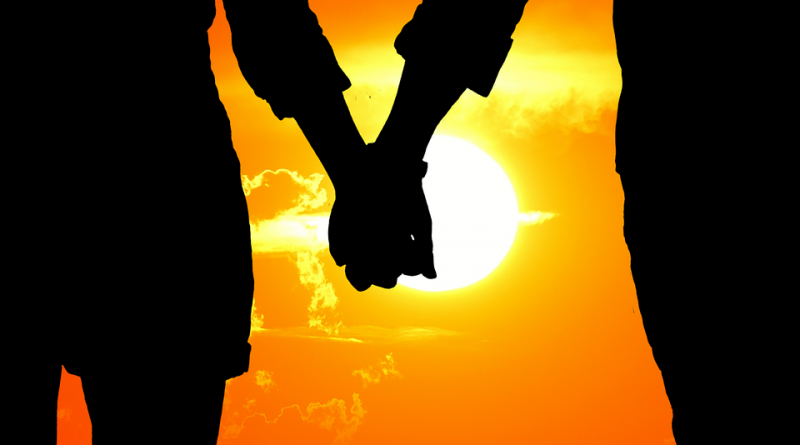 “C’mere.” He mutters lowly with a smile, extending his hand out at her. Returning the expression, she takes his hand in hers and they both begin walking. At first the hold is palm-to-palm like a mother and child, but they soon shift seamlessly into a soft grip where their fingers intertwine, imitating the mouth of a venus flytrap.

Their shoulders are mere inches apart, which should normally be uncomfortable as they walk side-by-side, but they’re so in-sync that their shoulders raise and lower simultaneously. Even when they brush against each other, on purpose or not, it’s like waves falling against each other. It doesn’t seem like one of these two could ever discomfort the other. Every so often they look away from the path before them to gaze at each other, focusing on each other’s eyes. No doubt this is inherently dangerous, but neither would care if they fell, as long as they fell with their lover. Even yet, they step together so perfectly that they can even kiss while heading to their destination. “You ready?” He asks with a warm smile once they make it there. She simply nods and squeezes his hand one last time before stepping on the edge of the cliff and looking down at the rocky seaside. The wind blows strong and the two give last knowing looks before closing their eyes. They leap together and with a sickening crack their heads split against the rocks, their bodies swimming to the depths below.