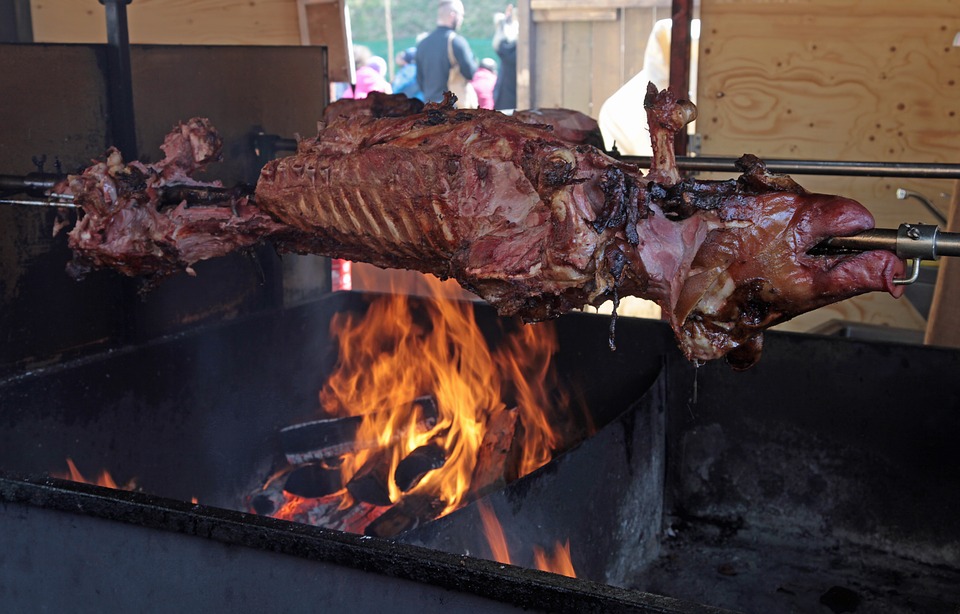 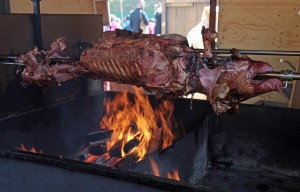 One Feast to Rule Them All

Kingdom of England, 1134 – King Henry, first of his name, hosted a truly formidable evening this past Saturday at Woodstock Palace. I had the chance to be one of the illustrious attendants that were personally invited by the King and given the honour of being able to see our great ruler in all his glory next to his private collection of exotic animals. Another thing for which I am eternally grateful and feeling guilty at the same time, is to have been able to sup with the king at his feast. With that said, I do not think I should feel as guilty or worried about what I am eating as the King should be.

The god-like man ate and ate. The man stuffed his face with some of the most sumptuous game, suckling pig, lampreys, dates and countless other exquisite foods reputed for their high prices. Seeing that droll quantity of food on the beautiful china plates and wonderfully detailed oak tables, I could not help but wonder about how much coin did the King must have spent in order to afford the food necessary for his feast? I believe an enormous portion of his fortune was spent in order to host this banquet, thus the reason why I feel a tad guilty. This leads me to think as to what the King thinks about his spending habits, or even if he thinks of it at all. As we know, we are in the middle of fall, which means that we are in the midst of preparations for winter. Winter IS coming, and quickly. To put things in perspective, one has to wonder not what food, and how much of it, is stored in the King’s pantry, but how much gold is left in his treasury.

Splurging aside, I am truly worried as to the health of our great King. I could see him eat with gluttony and vigor, the man simply devoured meals whole! Many of us at our table wondered if his stomach would rupture or burst after eating all that foodstuffs. In the King’s defence, I have to say that the food was truly delicious and thus understand where the will to eat so much food came from. Compliments to the chef, I’m happy to hear that he’ll live another day! But eating that excessively is absolutely beyond belief, and, with all due respect to our great King, I am of the opinion that it is not healthy considering that most of the food on the plates were decadent. Note on the side: The King’s favourite plate of the evening was the suckling pig, and I could not agree more. It was sublime.

In the end, I am only worried about the finances of our King, who diligently serves our great kingdom, and his health, for if it were to deteriorate, his strength would dwindle as well. I would wish for the King to consider or review his eating habits, for he runs a chance of eating through his finances or of becoming ill from eating too many lampreys. But again, the banquet was fantastic and reflected the King’s greatness. With that said, long live the King!