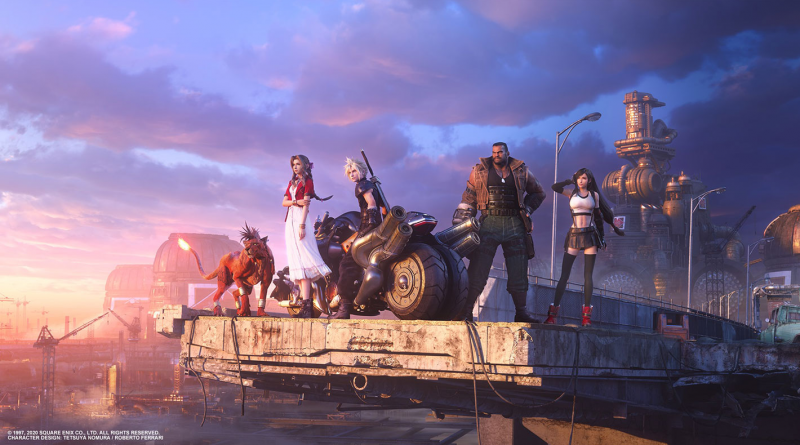 Final Fantasy, as opposed to what its name might seem to indicate, has never ended. Indeed, the JRPG (Japanese role-playing game) series has had more than 15 installments since its beginning in 1987. Every game is completely separate from the last one and no game is a sequel to another. That being said, there are a few common elements between every iteration, such as magic crystals central to the plot, and the presence of creatures called Moogles and giant flightless birds called Chocobos.

Final Fantasy VII is arguably one of the most popular games of the series. It centers around the trials, tribulations, and adventures of a Cloud Strife mercenary, and his friends from the group Avalanche who are trying to free the world from the iron grip of the gigantic company Shinra. Released in 1997, the game has sold well over 20 million copies since.

Due to its great popularity, Square Enix, the developer and publisher of the Final Fantasy series, announced the remake in 2015. It would finally come out on April 10th, 2020 after being infamously delayed many times over and turned into an episodic release instead of a single game.

Many fans of the game were apprehensive of the Remake, and worried that it would not recapture the spirit of the original. On top of that, Square Enix announced that the Remake would have a story that would be somewhat different while still following the main plot point. This, of course, didn’t ease the worrying of the fans any more.

While I have never played a Final Fantasy game myself, I can say that Final Fantasy VII Remake is a fantastic game. The combat system is the shining jewel of this game, a perfect blend of modern action and traditional (old school?) turn-based combat. The characters are all very well fleshed-out and feel like actual people at times. The setting of the massive cyberpunk-esque city Midgar looks amazing, as does the game. The voice acting is absolutely top-notch and of all the games I’ve played, it’s some of the best. The soundtrack is good, and the re-orchestrations of the original soundtracks are especially a joy to hear specifically.

However, it’s not without its flaws. While the story was quite enjoyable, without giving spoilers, sometimes the game had me completely lost to the sometimes-ham-fisted attempts at making something new. Also, the game was slow at times, not simply because of padding, but also because the characters move physically slow. While I understand it is for smoothing out the gameplay, it gets tedious very fast.

Overall, the game was an amazing experience to play, and continues to be. The hard mode leaves an extra challenge for plenty of replayability. There were many things that are nearly certain to be missed during the first playthrough and going back for them doesn’t feel like a chore. I look forward with anticipation to the next episode of Final Fantasy VII Remake.