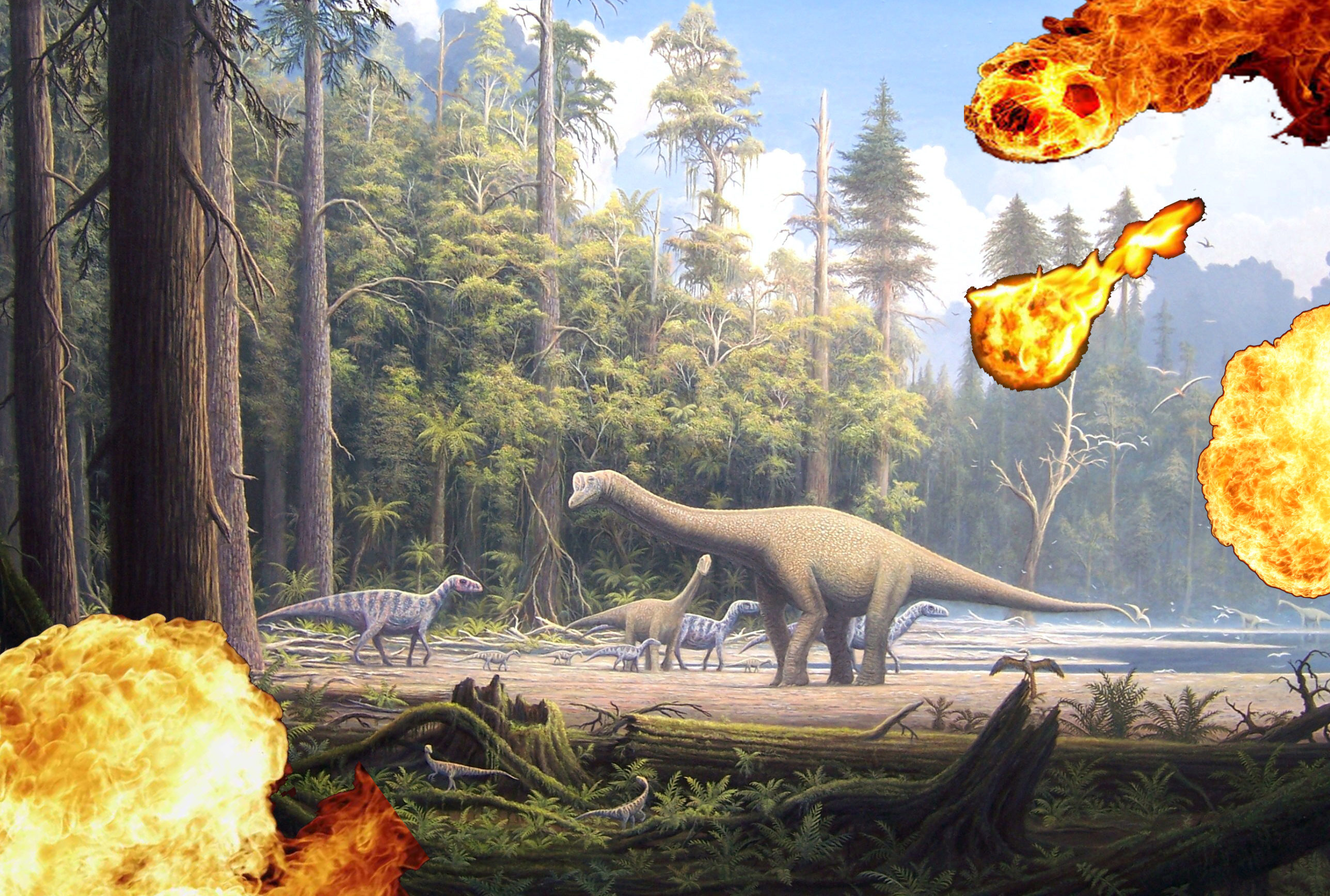 Reports have been flooding in from Western Pangea of fire raining from the skies, as well as violent ground-shakes and increased activity in fire-mountains all across the super-continent.

Sauruses everyrawr are worried that these rawre the end-times, and have begun a mass-migration to find the one place on the planet that won’t be covered by smog, ash, fire, or all three at the same time. The constant shaking of the earth has some Stegosauria feeling “dazed”, “confused”, and “AAAAAAAHHHHH!”

Many have turned to Brachiosauruses across the world for information. With massive bodies and long necks, they are leading experts in the burgeoning field of meteorology. Resident weather-saur and meteorologist Dr. Prof. was too busy munching on tree tops to provide comment.

The chaos of the situation has made many jealous of Pteranodons everywhere. This 1% of large, flying dinosaurs make their homes on clifftops and mountainsides. As large chunks of violently fiery molten rock continue to cascade from the stars, some dinos are wondering if Pterano-Dons and Ptera-Dactyls have an unfair advantage over them.

“Their wings mean they don’t have to deal with all the shit we do!” said Occupy Chicxulub Basin organizer Don Diplodon, “They didn’t earn those wings, they were born with them! It flies in the face of the Prehistoric-Pangean Dream.”

Don wasw incenerated shortly after, along with our entire news crew.

Local Pteranodons had this to say: “SKRRRRRREEE EEEEEEEE”.