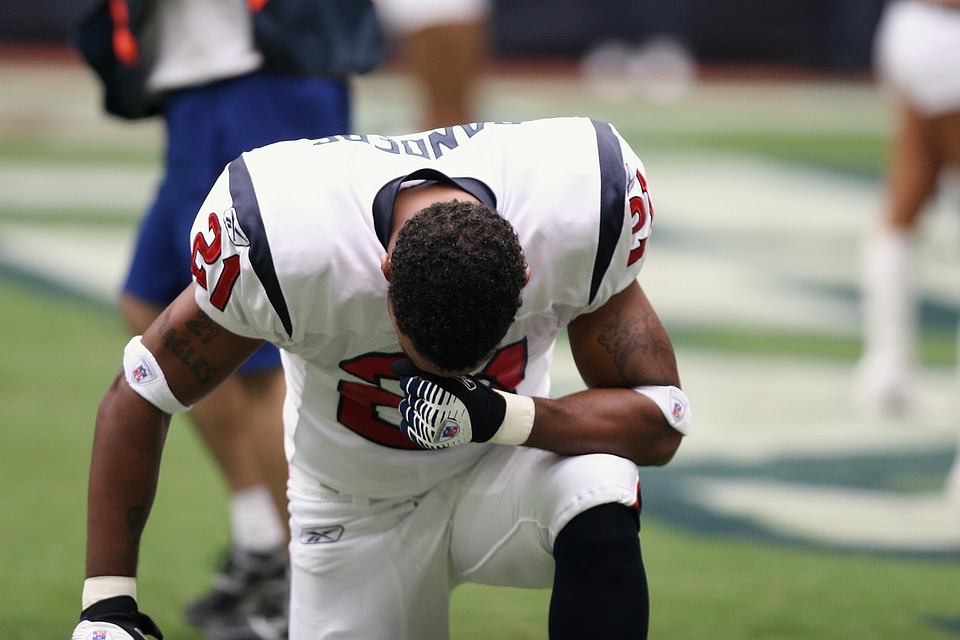 When we hear the national anthem play, it is necessary to stand up and place our hand on our heart. We do this in order to give honor to our country. It gives you that pride to represent those who have done well for our country. Well, on Sunday the 24th of September, most of the NFL’s players team protested peacefully by doing the opposite. They were all kneeling down, locking arms, avoiding walking towards the stadium when the national anthem was playing. They were doing everything possible to avoid disrespecting the Star-Spangled Banner.

There are two reasons for this: sports and politics. President Trump stated that, “If players ever knelt down, they should be fired or suspended”. This statement brought massive criticism and a huge debate on social media. The hashtag: #TakeTheKnee and #BoycottTheNFL has been shared and retweeted by millions of fans on Twitter. The reason for players disrespecting the national anthem was that many of the players felt that President Trump had not been a great leader because of all the changes made during his presidency. The New York Times stated that Julien Thomas, a tight end player for the Miami Dolphins shared his opinion, “I wanted to send a message that I don’t condone that. I’m not O.K. with somebody trying to prevent someone from standing up for what they think is important”. Owners also supported their players. This is not the first time many players stood in solidarity against the anthem. The Montreal Gazette stated that on October 18th, 1968, during the Olympics held in Mexico City, American athletes, Tommie Smith and John Carlos, both raised their hands during their anthem after winning a 200 metre run; Smith won the gold and Carlos received the bronze. Smith would later write that the gloved fist was a “human-rights salute, not a blackpower salute”. Other reactions are not so great. Many, support Trump’s idea of not kneeling. Mike Huckabee, a former Arkansas governor said that, “I wish that some of these players who get on one knee would get on both knees and thank God they live in the United States”. Many fans were booing, some were burning their gear, others say they would not attend the games anymore, etc. The NFL had been a popular league in the United States and also had been criticized for many issues. But one issue that is still problematic is C.T.E (Chronic traumatic encephalopathy), which is the result of multiple head trauma to the brain. It is similar to a concussion and can lead to brain damage over time. This is what the NFL needs to address and fix instead of the anthem.

Whatever the case may be, a national anthem will always be special. It defines in many ways the shape or form of the country. After hearing it, you feel proud and have dignity. So for now the question remains. I will leave it up to you to decide: what will you do when you hear the national anthem of the country you are proud to support?