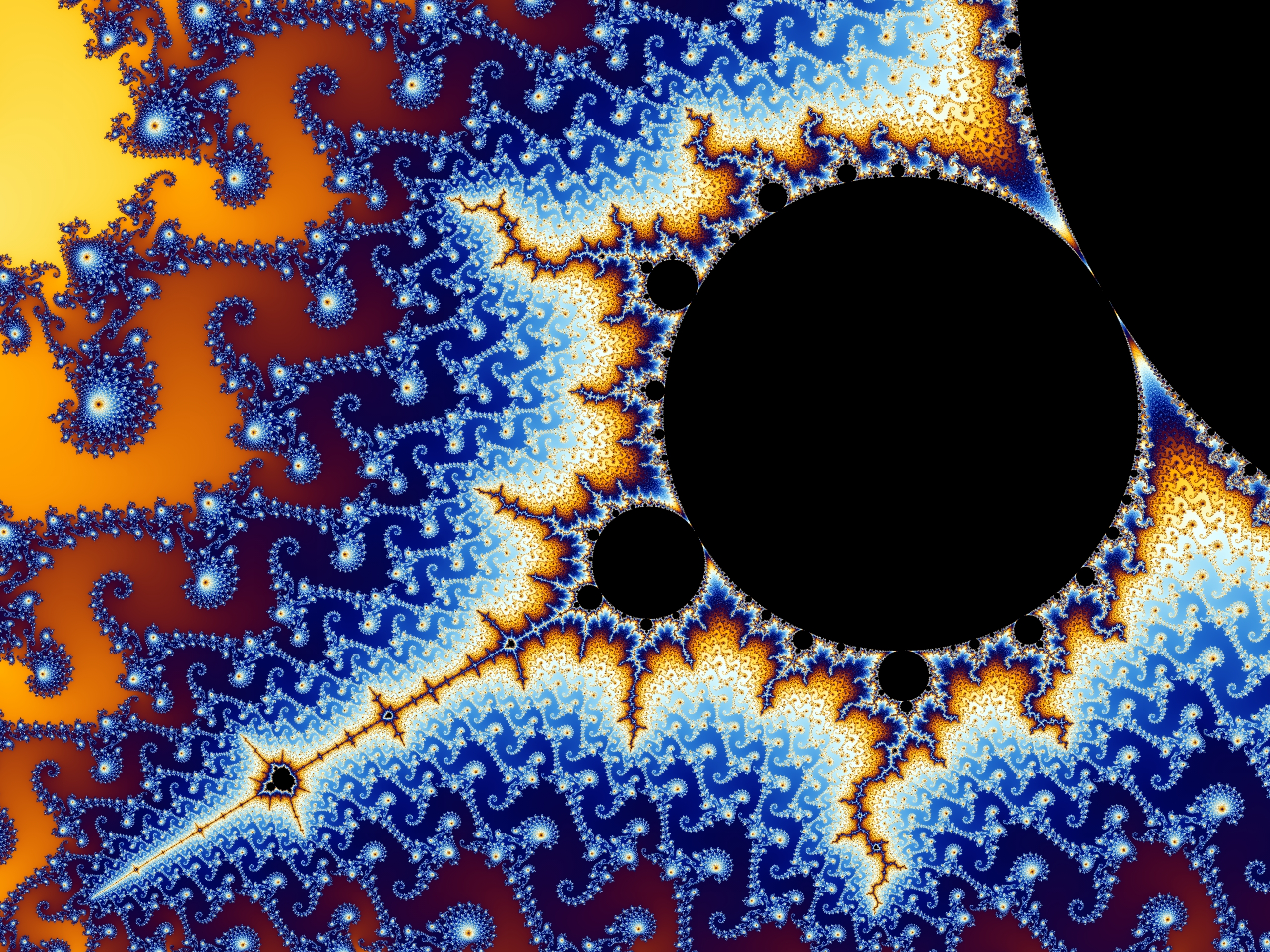 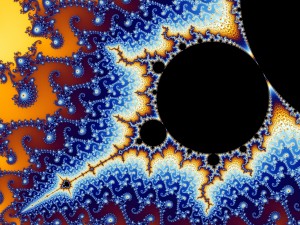 This revelation amounts to discovering that Santa Claus does smell a bit like your dad, has the same voice, the same eye colour, and prefers whiskey to milk and cookies. This time again, fractals have been right under our nose for so long but we were oblivious to them. As Benoit Mandelbrot, a famous mathematician, explains, “[c]louds are not spheres, mountains are not cones, coastlines are not circles, and bark is not smooth, nor does lightning travel in a straight line.”

Now, what are fractals exactly? A fractal is a never-ending complex pattern. It is created by repeating a formula in an ongoing loop. In order to grasp an understanding of fractals, one must know their two main properties: self-similarity and non-integer dimensions.

The non-integer dimension property relates to the etymology of the word. The name “fractal” arises from the fact that fractals don’t have a whole number dimension. They have a fractional dimension. Classical geometry tackles objects with zero dimensions like points, one dimension such as lines, two-dimension plane figures such as hexagons and circles, and three-dimension solids such as spheres. Fractals, on the other hand, can have a dimension between one and two as a fractal curve and will get closer to one another depending on the space taken by its twists and curves. The more the fractal loads the plane’s surface, the closer it gets to two dimensions.

When Benoit Mandelbrot researched the fractal in the beginning of the 1920s, the physical aspect of fractals was undetermined since there were no computers to materialize them. Nevertheless, their complexity was known using equations. While today anyone could produce a fractal on a normal computer, the computer-generated image of the Mandelbrot set was developed in the 1980s by IBM supercomputers.

Nowadays, fractals are applied to computer generated graphics. The chairs, tables, carpet and room space of the online Ikea catalogue are generated by a computer using fractals. The same technique is employed in creating textures for computer games. Even image compression, which was developed by Alan Sloan and Michael Barnsley in the 1980s, uses fractals. Indeed, when saving a large image, remembering each one of its pixels would take a lot of space. Therefore, a computer would try to find patterns in the picture and only save these. Fractals are most definitely a hidden, but primordial, part of our lives.