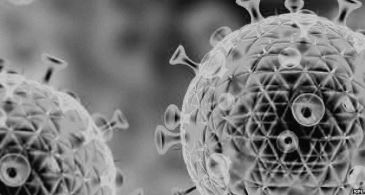 Protein Fighting Against HIV May Bring Humanity to a Cure

For the past four decades, researchers from all over the globe have been put to the task of finding a cure for one of the most ravenous diseases known to mankind: Acquired Immune Deficiency Syndrome, also known as AIDS. A disease that has already taken the lives of millions of parents, sons, daughters, friends, and loved ones. By the time that you finish reading this article, three more people somewhere in this world would have fallen victim to this illness. Caused by infection with Human Immunodeficiency Virus (HIV), this disease weakens people’s immune system, and thus makes them vulnerable to common infections that are usually harmless for people who have well-functioning immune systems. This month, a group of scientists published a report confirming that they have made an important discovery that can potentially save the lives of the 35 million people who are currently suffering from HIV.

Scientists from the Scripps Research Institute (TSRI) in California, led by viral immunologist Michael Farzan, have managed to create a brand-new molecule that can attribute HIVfighting properties to the genes of its carrier. By knowing how HIV infects human cells, Farzan and his team comprised of 33 scientists were able to design an efficient model, known as eCD4-lg, that they injected in four test monkeys. Once in the monkeys’ system, this molecule allowed the mass production of genes that could fight against HIV. To test the efficiency of this new gene, for 34 weeks, scientists injected successively higher doses of AIDS to these four monkeys as well as four other monkeys who do not carry the HIV-fighting gene. They concluded that the primates who had been injected with eCD4-lg became did not become infected with AIDS whereas those who were not injected with the molecule became infected with AIDS.

Although their discovery is undoubtedly groundbreaking, there are still many steps that need to be taken before this vaccine can be used in hospitals and clinics across North America. Professor Farzan explained, “We are closer than any other approach to universal protection, but we still have hurdles, primarily with safety for giving it to many, many people.” Farzan and his team are aware that success on one round of animal testing will not guarantee the effectiveness of the vaccine on humans. Therefore, to make sure that the quality of the vaccine will reach its optimal level, they are planning on doing more tests on animals before moving on to human trials.

As the development of any vaccine is oftentimes interminable, the team of scientists at the Scripps Research Institute have a long journey ahead of them, but they are definitely heading in the right direction that will lead them to the eradication of this terrible disease. Here’s hoping that one day, in the not-so-distant future, the misfortunes of people suffering from HIV/AIDS will only be found in history books.