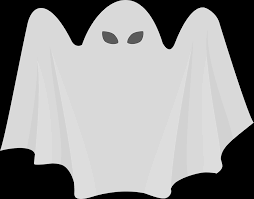 Nothing screams relaxing after midterms more than watching a nice anxiety-inducing horror movie. Luckily, I’ve got you covered. Here are four movie recommendations for Halloween, rated from least spoopy, to the spoopiest. Enjoy… at your own risk!

#1 ParaNorman:
A stop motion animated film about a kid named Norman who can talk to and see ghosts. When a zombie curse is set upon the town, it is up to Norman to stop the living dead. This film is a campy love letter to the cruddy straight-to-VHS zombie flicks of an older era.

#2 Scream:
Despite a gazillion sequels, the original Scream still holds up as one of the best horror films of the ‘90s. Part comedy, part-horror, it takes established slasher tropes and spins them on their head.

#3 Jacob’s Ladder:
A psychological character study about a man who slowly starts to lose his mind after returning from the Vietnam War. Jacob, our protagonist, starts seeing weird figureless apparitions around town, and believes the army has done something to his brain. He tries to uncover the truth while struggling to distinguish between what is reality and what is in his head.

#4 Perfect Blue:
When a member of an Idol group decides to retire from her career and become an actress, she starts getting harassed by a crazy fan in love with her idol persona… or at least, she thinks she is. Perfect Blue is a thriller themed around perception, loss of identity and the toxicity of idol culture.