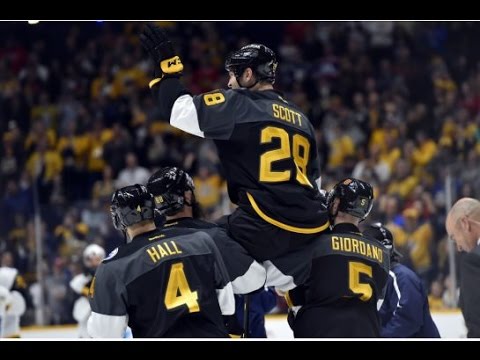 In years past, NHL All-Star games have had a reputation of being nothing more than a waste of time, offering players a mid-season break and the fans an ‘exciting’ event. However, this year, fans were determined to make the All-Star game one to remember when they elected John Scott as the Pacific Division captain. With 11 points in 285 NHL games, he isn’t the first player that comes to mind when you think All-Star. He has 542 penalty minutes over his career that has been built around defending teammates and intimidating opponents.

For years, his name has floated around social media, frequently used as a joke. He became the internet’s go to goon and the All-Star weekend finally gave fans the chance to see the man behind the meme. His incredible sense of humor toward the whole situation made the weekend incredible to watch. He knew why he was there but made the most of it.

Scott and the Pacific Division went on to win the tournament which included a $1 million grand prize. He also scored two goals and was named the MVP of the game, to the delight of the fans in Nashville, who cheered him on all weekend. The players were also excited to have him there and the NHL handled the situation with extreme class.