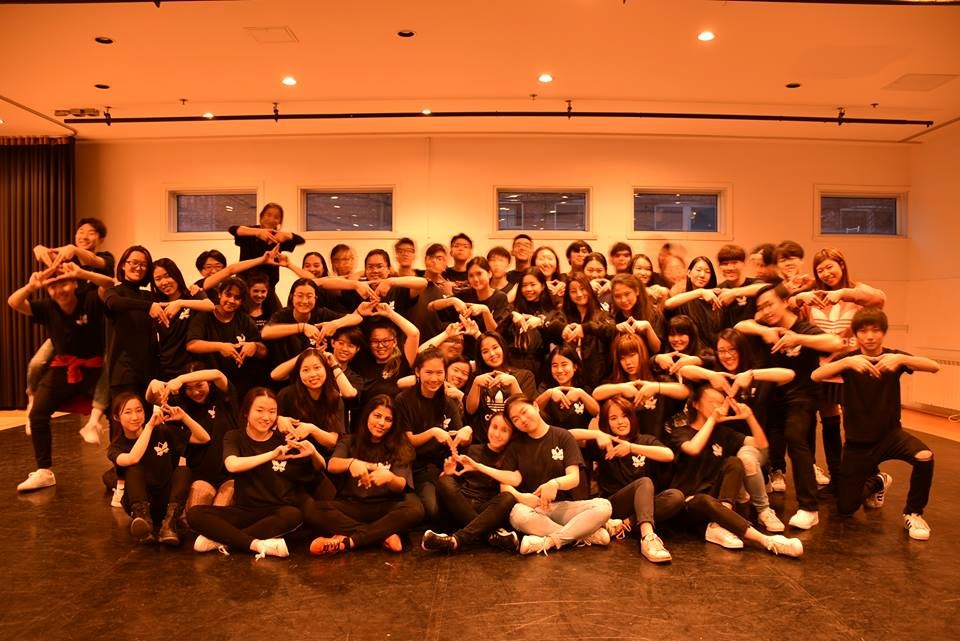 The Korean term Hallyu consists of two words: Han and Ryu. Han means Korean and Ryu means wave, hence the term: Korean Wave. Other common terms are K-pop or Korean Pop.
You’ve probably already heard this term before, but have you heard about the dedication of K-pop fans in Montreal? I bet not.

Ten years ago, in 2008, K-pop fans at Marianopolis College established a Montreal-based K-pop performance group, Marianopolis Hallyu, that “seeks to embrace and further the Hallyu phenomenon that has taken the world by storm” as written on their Facebook page. Currently, around 60 singers, dancers and actors are part of this student-led group.
In fact, for the past ten years, Marianopolis Hallyu came with an annual K-pop show with various dance covers, singing/rap covers and acting segments. This year, they celebrated their 10th anniversary on the first of April at l’Olympia de Montréal. They presented a show entitled Hallyu X: The Exordium. No, it was definitely not an April’s fools joke.

Although the group presents K-pop, their reputation is very well perceived that even non-K-pop fans attend the show. After all, $15 for regular tickets and $30 for VIP tickets do sound like a great deal.

Let’s get personal and let me share my own experience. WOW! I personally knew about Marianopolis Hallyu for quite some time, but this year’s edition was my first and I do not recall one moment of boredom. The show presented about 28 performances, mainly dance covers but some heartfelt vocals were inserted here and there, and over 30 Korean songs were included. Also, the group’s tradition consists of including a short movie that is divided in little segments, showcased between performances. The show began at 7PM and lasted until around 11PM. Four hours of the type of music that I enjoy, can I get an Amen?

Some of the songs that the dancers covered were SeVenTeen’s Clap, EXID ‘s DDD, IKON’s Love Scenario and Momoland’s Bboom Bboom. The vocalists made an appearance with songs such as Dean’s Instagram and Mamamoo’s Paint Me. A singing number was also dedicated to the late SHINEE member, Kim Jonghyun. The short romance movie was called Red Scarf and perhaps it drew inspiration from last year’s successful Korean drama, Goblin.
My favourite segment and the only number that I recorded? Let me tell you about it: K-pop Throwback Medley. “Qui dit K-pop Throwback dit Bigbang”, also known as the first K-pop group that I ever listened to. They are currently on a hiatus due to members serving in the mandatory Korean army service. This perhaps tells you how precious this number was. Of course, it was not just a Bigbang throwback and the singers beautifully harmonized to major K-pop hits (Bops as we call them) such as Wonder Girl’s Nobody and Super Junior’s Sorry Sorry.

They say nothing is perfect, right? The only problem was some technical issues regarding the flow from the short movie to the other segments. The transition between the segments and the following numbers were not as smooth. I am obviously not blaming it on anyone, but it can be perhaps a detail to improve for the next shows.