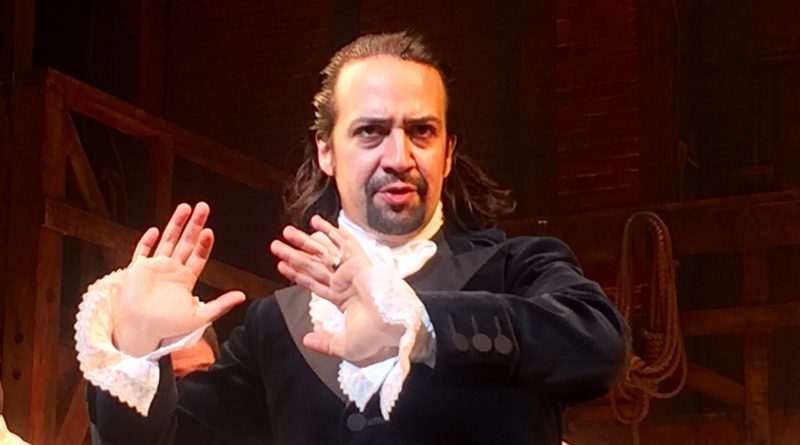 “Alexander Hamilton, When America sings for you, Will they know what you overcame? Will they know you rewrote your game? The world will never be the same, oh!”

Hamilton : An American Musical The Broadway show, written by Lin-Manuel Miranda, rapidly grew in popularity after its debut in 2015. The musical portrays the life of Alexander Hamilton, one of the founding fathers of the United States who fought for his nation and helped build it. By listening to it, I discovered the story of a man whose contributions to America were often overlooked and I wondered about the reason behind the ever growing popularity of this show.

The musical takes place during a time we all know about: the revolution that led to the independence of America. It is the story of an immigrant who moves to the Britannic colony, hoping to find a better life. He fights to help America become the country it now is and risks it all to work his way up, obsessed with his legacy. Alexander was a bright man, but he was not perfect and the musical does a great homage to the person he was. This show, which contains a total of 48 songs, received 11 Tony awards. Many things help it stand out from other Broadway shows. The diversity of its cast makes it inclusive and Hamilton is targeted towards a wider audience than most of them. It is also one of the first musicals to include rap and hip hop in its songs.

Hamilton had the right ingredients to be a masterpiece, but even the best musicals can fail to become popular. Broadway theaters are situated in New York and the tickets for Hamilton cost more than 100 U.S. dollars. Few can make the trip or afford to go see the show, yet it managed to reach those who never saw it in person. How ? The cast recording of all the songs is easily accessible and manages to take us on the journey of Hamilton through its music. I personally discovered this musical on YouTube, as I would have never listened to it had it not been so present on the internet. If I compare Hamilton to Hadestown, a Broadway show with incredible songs that are hard to find, we can see that Hadestown doesn’t have as many fans as Hamilton and the difference is easy to identify.

The musical includes incredible songs and compelling characters. It recently became available on Disney +, but the cast recording is still accessible on the internet. I would recommend anyone who has not listened to it yet to do so because the story told through the music teaches us a lot and helps us understand the history of our neighboring country.