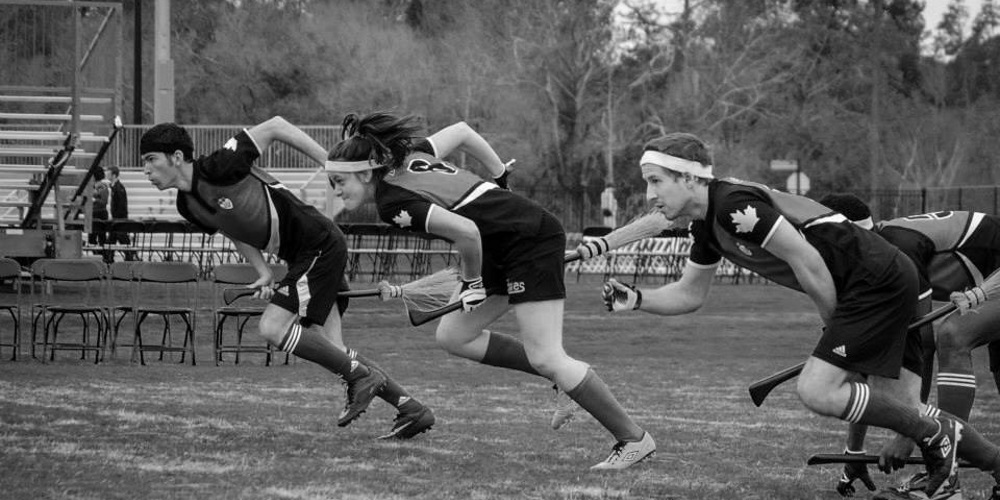 You may have heard rumours about actual quidditch teams existing around the world, but did you know that there are many teams that play in la belle province?

What is quidditch, again? It’s the sport invented by J.K. Rowling for her book series, Harry Potter. Instrumental to many important plot points within the books, the game involves two teams facing off while flying around on broomsticks, avoiding, seeking, and tossing various balls. It seems silly on paper, and even more silly in real life. Then again, as nerds do, someone made it happen.

Curious about what quidditch teams even do, since players can’t actually fly and balls don’t actually have minds of their own? Well, as strange as it seems, players simply run around with brooms between their legs throwing the balls at each other. The snitch, the small yellow globe with wings, is a person. It does look silly, if you have never seen a match.

Teams from two Quebec universities are officially recognized by Quidditch Canada, the body overseeing the sport in our country: Université de Montréal and McGill University. Other universities, including Concordia, also have teams, but they remain unofficial, as do several CEGEP teams. Unfortunately, John Abbott College does not have a quidditch team, but Bandersnatch got in touch with Laurent Chenet, the VP of communications for “McQuid”. Chenet explained the inner workings of the McGill teams for curious minds.

McGill’s quidditch team was the first in Canada, established in 2008, and it is known as the best team in Canada. How so, you ask? Apart from their many successes in tournaments across the country, the teams (McGill Quidditch and Canada’s Finest Quidditch Club) are a family. Chenet explains, “we help each other with homework, turn in books for one another, give each other every borrow-able item imaginable […], and help each other navigate the deep waters of university life.”

Apart from their closeness, the players have also identified that strategy is just as important, if even more important, than physical skill when playing quidditch: “It’s a lot of mental processing while being charged at by a large, angry rugby player intent on breaking your whole body.”

While this seems scary, Chenet assures us that quidditch does not have to be for the competitive nor the athletic. They also have a more casual, intramural team that meets to play once a week for people who can’t commit the time to competition. Want to watch a game in action? Keep an eye out for events on quidditch teams’ respective webpages or check out recorded videos of past matches! Maybe if you go to university, you might be interested in joining their teams or just watching a match with your friends. Maybe we’ll even see a team at John Abbott in a few years…