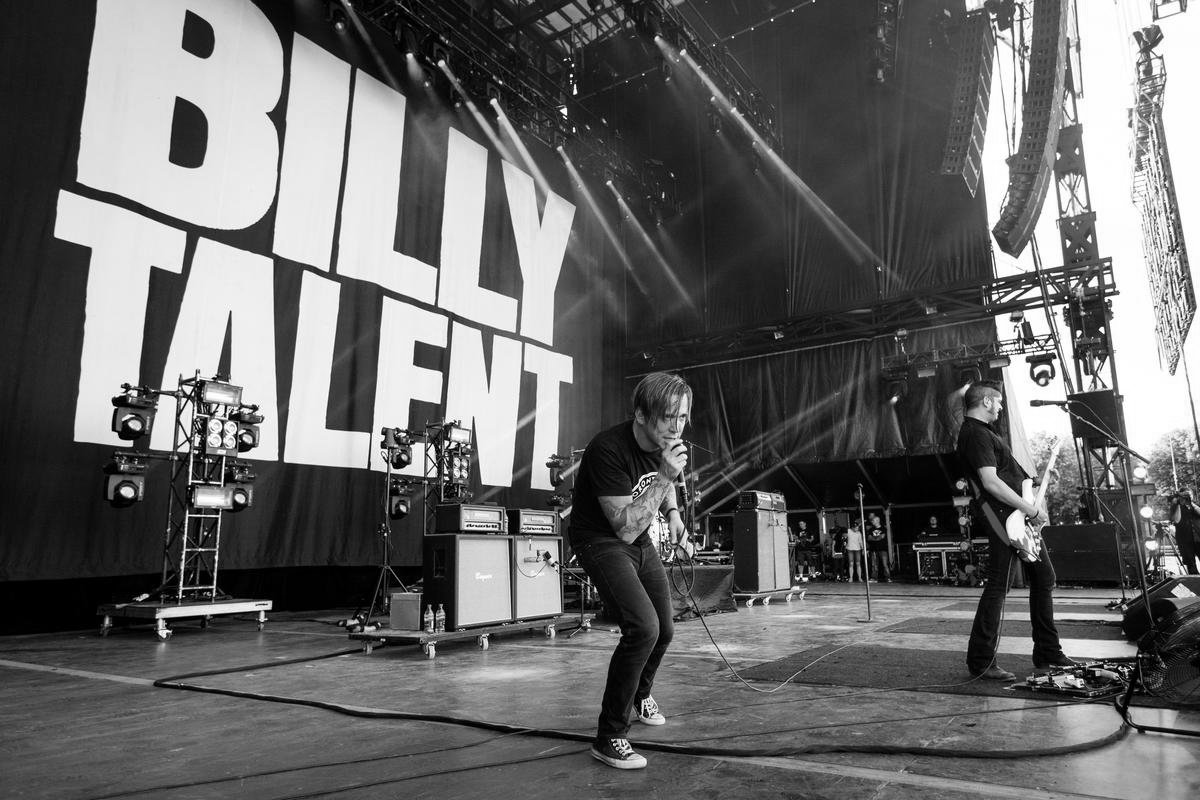 Another edition of Heavy Montreal has come and gone, and the post-festival depression is hitting hard. All year long, I look forward to this weekend: the sweat, mud and beer, the mosh pits and jumping crowds, the excitement of seeing my favourite bands…it all adds up to one incredible experience.

This was my fourth year attending Heavy Montreal, and once again, I was far from disappointed. While last year’s lineup was arguably one of the best in the festival’s history, this year’s headliners still managed to draw in and entertain quite the crowd.

The festival ran from August 7th to 9th, adding a third day to the usual two. Many worried that this may be overkill, but the crowd’s overwhelming enthusiasm and energy showed otherwise. Headliners for this year’s edition were Korn on Friday, Faith No More on Saturday, and Slipknot to close the festival on Sunday.

Friday was probably the day with the least number of people in attendance, but it was a great time nonetheless. The highlights of that day for me were definitely seeing The Acacia Strain (despite getting hit in the face with a water bottle) and Alexisonfire, who reunited for the festival to the excitement of many, putting on an unforgettable performance.

Many were very excited to see Messhugah live. Unfortunately, there seemed to be some technical difficulties and the performance was not nearly loud enough, a definite disappointment at a heavy metal festival where we are accustomed to the bands reaching nearly deafening volumes.

Things really started picking up on Saturday. Gojira was incredible as usual, and really got the crowd going with their inspirational words and energetic set. The highlight of the day was definitely Billy Talent. It was my first time seeing them live, and it was an unreal experience. The band connected with the audience with such ease, especially when appealing to our sports loyalties by admitting that we have a far superior hockey team than theirs, which, in typical Montreal spirit, brought on the “Go Habs Go” chant.

Iggy Pop also performed on Saturday, which drew an enormous audience, although I spent my time with the slightly smaller crowd seeing Dying Fetus, who are absolutely brutal live.

There was no band more fitting to close the second day of the festival than Faith No More, who put on an epic show, pun intended. The band, all dressed in white, had a strikingly lit stage decorated with flowers. The show had a slow start, but they managed to get the crowd’s attention and satisfyingly end the second day.

Sunday was the third and final day of the festival, and my personal favourite. Unlike the other two days, this was the day to stay by the main stages. Bullet for My Valentine played a big role in getting the crowd excited. It was my second time seeing them in concert, and they only seem to get better with age. However, the highlight of the day would have to be the final two bands of the night. Lamb of God, back at Heavy Montreal for the second year in a row, did not disappoint. As usual, the crowd went crazy for them and we were all blown away.

Of course, Slipknot was given the honour of closing this year’s festival, and they could not have chosen anyone better. The performance and stage had a theatrical set-up, and seeing them perform live was a lifechanging experience. Corey Taylor’s speech about how we are all a family really brought the crowd together and left us all with an incredible high. It was a perfect way to end such an incredible weekend.

Once again, Heavy Montreal has proved itself an amazing festival and (as it seems to be every year) was definitely the highlight of my summer.